JON ‘MOJO’ MILLS talks with Alec Palao about his latest Gary S Paxton compilation, the garage/psych set Lost Innocence, discussing the wealth of unissued material, which can be heard below

Shindig!: Paxton has a very unique sound… and the tracks you have chosen all coalesce. What is it about his techniques that work so well for garage records? There’s almost something Meek-ish about his use of compression… yet the more psychedelic outings are very contemporary
Alec Palao: Gary Paxton was actually not nearly as radical as Joe Meek in his recording approach, and given the eccentric nature of his studio locations (family homes or disused banks), was able to achieve amazing fidelity on most of his sessions. But when it was appropriate to “squash” the sound, as on the garage-rock things he produced, Paxton knew exactly how much punch to apply. What’s interesting is that he rarely mixed things in his studio, preferring to take them over to places like Capitol Studios in Hollywood, to avail himself of their top-end outboard gear. That’s the famous Capitol echo chamber you hear on ‘Our Love Should Last Forever,’ or on the lead guitar on ‘Lost Innocence,’ for instance.

SD!: Mental Institution’s ‘In The Heat Of The Night’ is very Doors, but not quite. It’s the latest entry here. But fits. What were you initials thoughts after discovering the track?
AP: The fellow behind that track, Kenny Johnson, a wonderful and underrated talent and sort of Paxton’s conduit to contemporary rock and pop styles, acknowledged that the song was indeed an attempt to do a Doors. It comes from there period where he and Gary were cooking up tracks for budget release albums under pseudonyms like the Bakersfield Poppy Pickers. This one immediately stood out amongst the lighter-tinged fare. As Kenny told me, “We made way better records than we needed. We’d write stuff real quick, but even the fillers were good. Gary wanted to make everything great.”
SD!: Limey & The Yanks’ ‘Flight Of The Dead Bird’ indicated what a great West Coast psych band they would have become. What are you thoughts on this track? Who do you hear in it?
AP: That was an odd one, as it doesn’t sound much like the rest of their stuff (and indeed only features the singer, Steve “Limey” Cook, from the original band). I think its probably only a demo, as it’s only on 4-track (Paxton was an early adherent of the 8-track format) and is not as “produced” as other tracks – but it has a great mood to it, and is typical of the progression you hear in West Coast bands in 1967.
SD!: The Fog’s ‘The Grey Zone’ has a distinctive sound, almost Texan with its desert-like fuzz, ‘On The Road South’ by The Stereo Shoe String. Thoughts?
AP: When I came across this one, I was immediately struck by its power, especially when compared to the other songs cut at the same session, which are much more subdued country-rock type pieces, or standard material like ‘Parchman Farm.’  Gary would have loved something of this nature and probably encouraged the band to go “all out” – as you can tell.
SD!: The Avengers have far more to them than ‘Be A Caveman’. It’s nice to be able to compile single sides and unreleased material together. What do you think of their legacy? And that song?
AP: Lyrically, the song itself is rather silly and plays into the “cave teen” stereotype that some ascribe to, but now that I can view it as a quasi-novelty of the kind Gary Paxton thrived upon, it makes more sense. Of course, like many of us, I grew up digging ‘Cave Man’ on Boulders, and I still dig it. And my favourite nowadays is ‘I Told You So,’ but I am extremely partial to The Avengers’ post-Garpax singles ‘It’s Hard To Hide’ and ‘Strange Faces’.
SD!: One of the best cuts on Lost Innocence is ‘The Freedom I Have Found’. Do you have any theories who it could be?
AP: None whatsoever, and I remember. 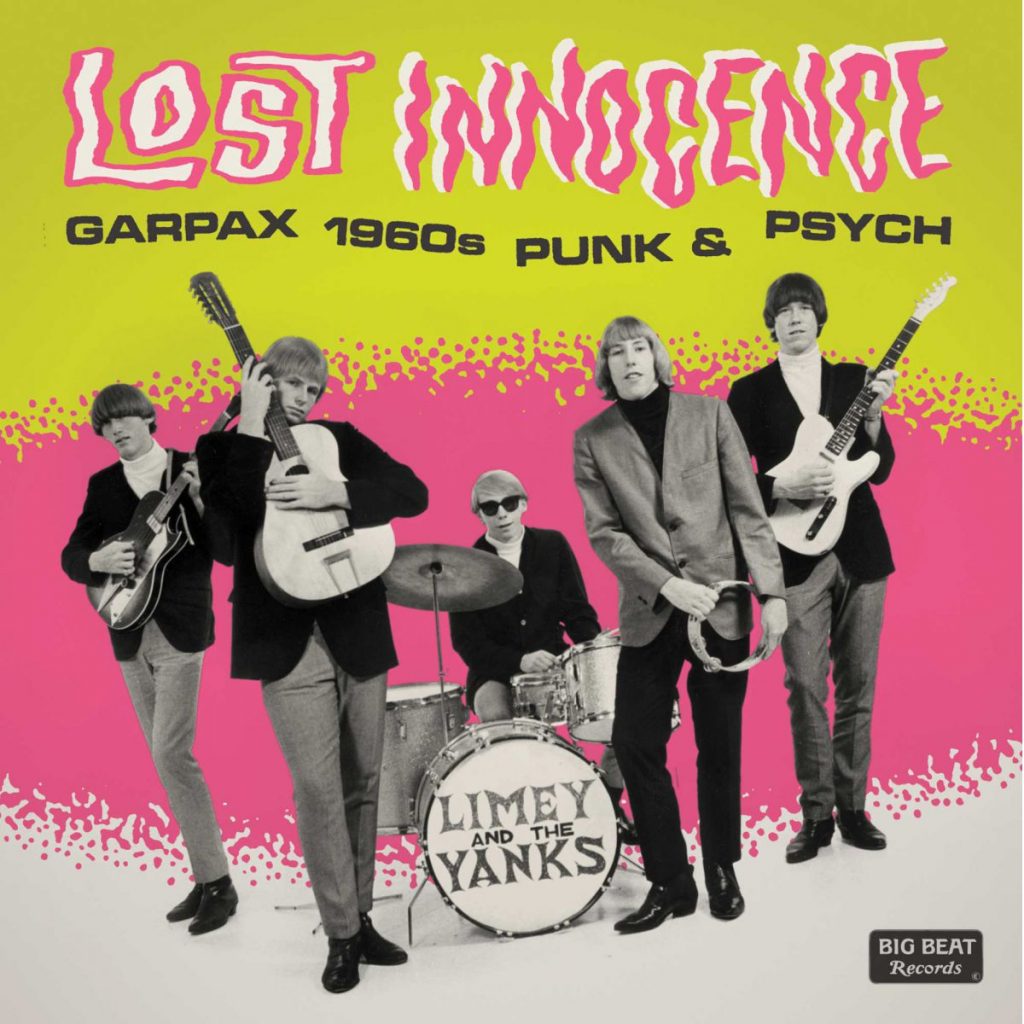 Learn more about the album and pre-order here

2 thoughts on “Inside Lost Innocence”