Every month Jon ‘Mojo’ Mills and co-presenters take “The Shindig! Broadcast” to the award winning Soho Radio, where music featured in each issue is played, alongside tracks integral to the presenters’ own tastes. Guests have included Fairport Convention’s Judy Dyble, author Simon Matthews, Nirvana’s Patrick Campbell-Lyons, and Triptides. Sessions have been performed by The Wicked Whispers, Emma Tricca & Jason McNiff, Cobalt Chapel, Jack Cooper and Paul Weller to name a few.Make sure you tune in each month either  via the site or later through our Mixcloud page. 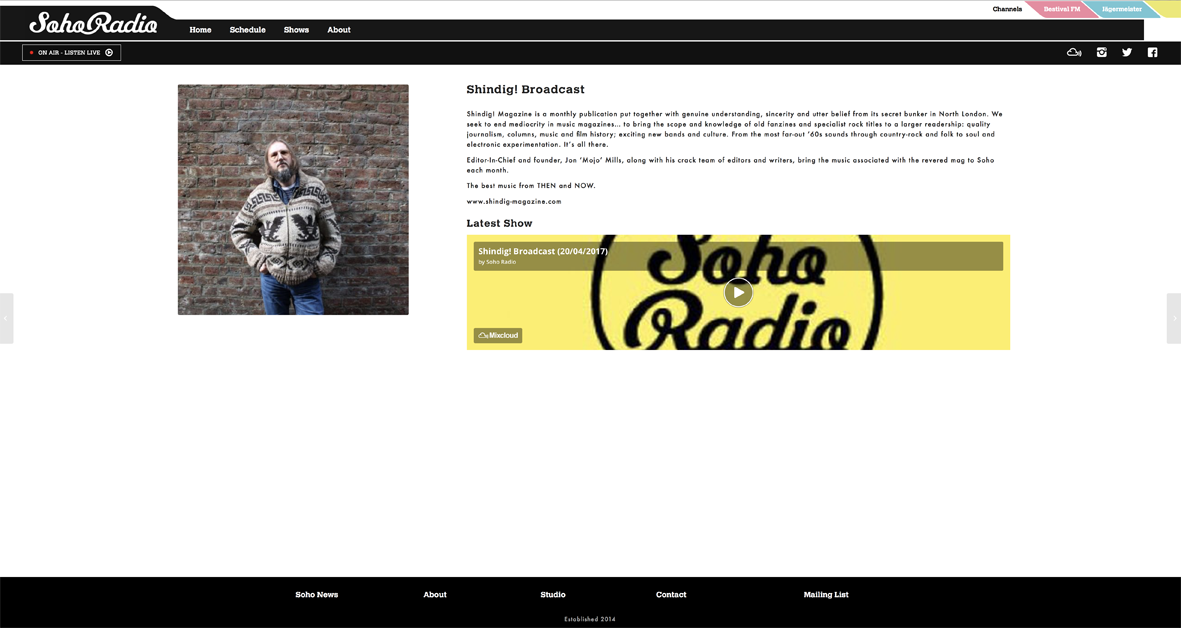 Shindig!  put on a monthly night at The Night Owl in Finsbury Park. First week of each month.

What is fondly known as “The Shindig! Broadcast” (the same name as the magazine’s Soho Radio show, just to confuse things) was run, and may start again, bi monthly at the Strongroom in Shoreditch and Helgi’s in Hackney,  and a quarterly collaboration with Psych-A-Rella entitled Psych-A-Rella Present The Shindig! Revue, which features DJs and live bands. The DJs have also played records for a number of events in London that have included The Chris Robinson Brotherhood at Koko, Love Revisited at The Jazz Cafe, The Mystery Lights at PowerHaus and GospelbeacH at The Moth Club. Watch social media for upcoming shows.