Australia’s psych/garage cult quintet SACRED SHRINES will release its debut album, Come Down from the Mountain on November 17 via Rogue Wave Records. The Brisbane-based group delivers juicy psychedelic and garage-inspired tunes with fuzzy guitars and driving rhythms wrapped in gorgeous reverb and a rare authenticity

“‘Collisions’ is one of the earlier tracks we worked on when we formed the band and I think it’s a good example of the more garage end of where our sound sits. The song is about that moment where you find yourself at the edge of making an important decision and the feeling you get when you’re standing at the precipice before you push the button. This track was mixed by Michael Badger from The Demon Parade and he definitely nailed the sound we were shooting for. The exploding backwards guitar solo does it for me every time.” 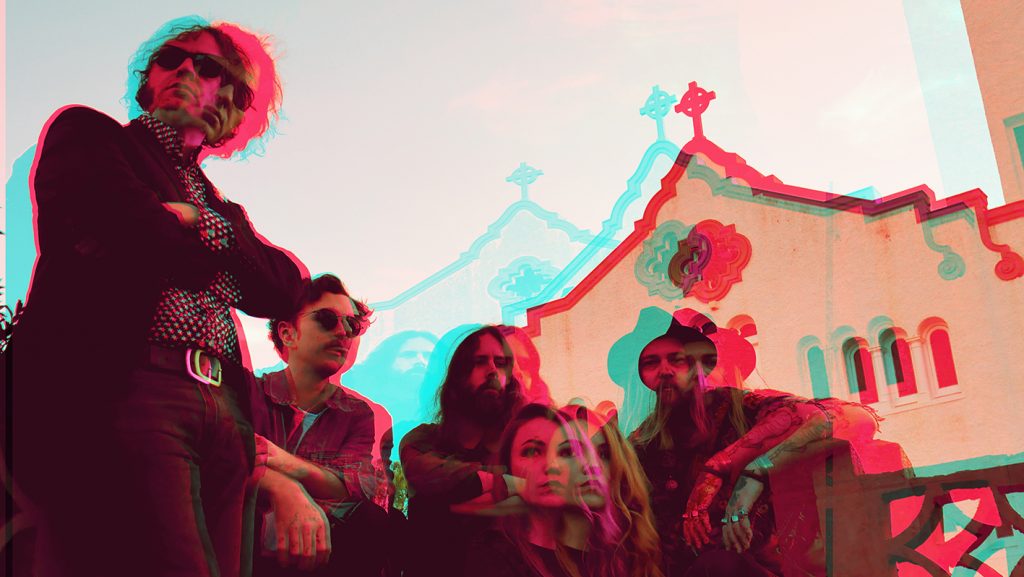