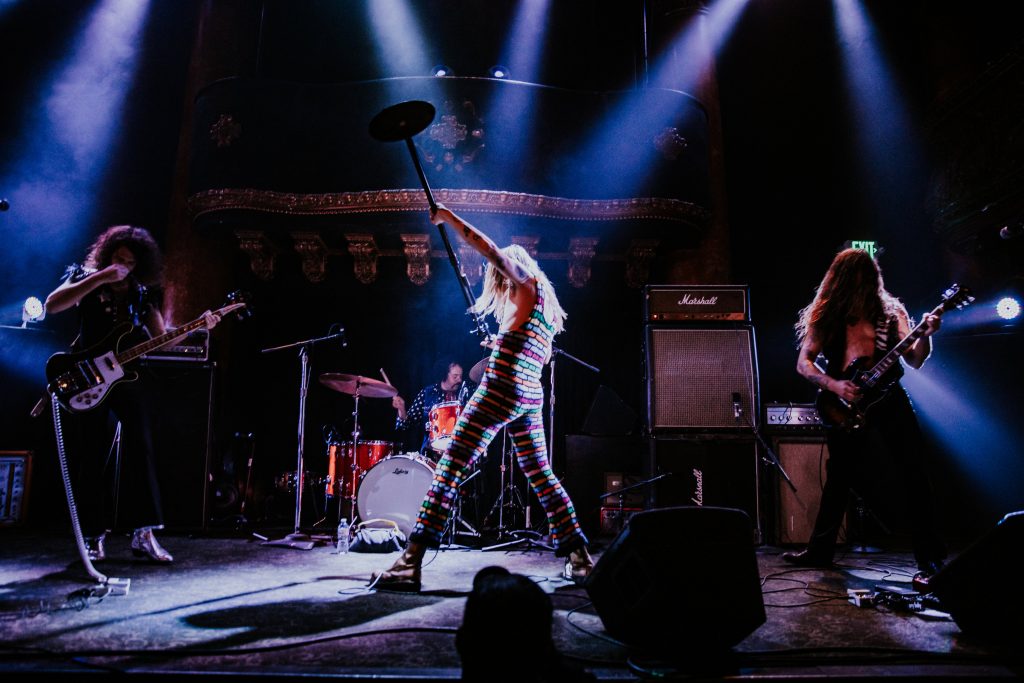 To kick off the new year in style, Heavy Psych Sounds are proud to present the first track from the hotly anticipated new Glitter Wizard album Opera Villains, set for release on April 20th. The band say of  ‘A Spell Of Evil’ “It gives you exactly what you want – a song about wizards, sung by wizards.”

Are they glam? Are they metal? Stoner rock? Psych? Prog? For over a decade, people have been trying to pin down Glitter Wizard but this band refuse to be pigeonholed. Their unique brand of freakrock ’n’ roll with heavy riffs and a high octane stage show combine it all: psych, metal, punk, glam and prog into a sound that is both hard to categorise and easily recognisable as their own. Pulling influences from the entire heavy rock canon, G Wiz combines scorching guitar riffs and spaced-out synths to create something familiar, yet entirely new and weird.