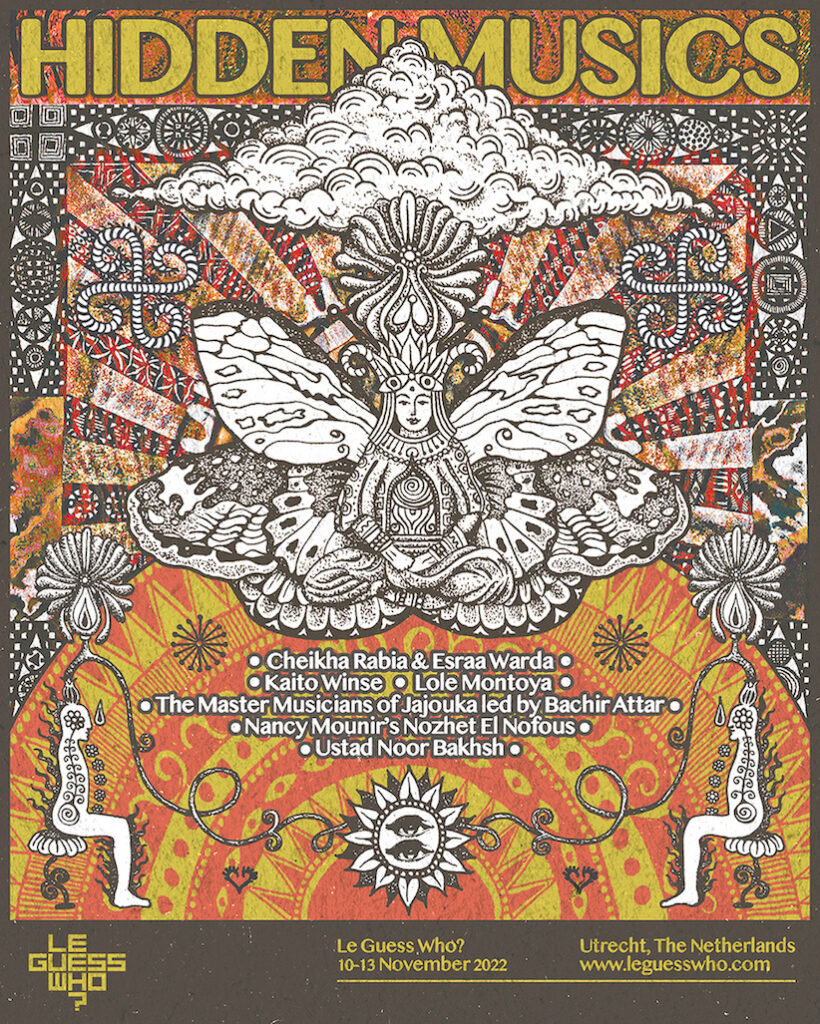 When Shindig! last attended Le Guess Who, back in retrospectively idyllic right-before-the-apocalypse times (aka autumn 2019), we left The Netherlands in high spirits. “You go for the music, you come back with a little more faith in humankind,” our review of that edition of the festival concluded. Three years and a pandemic later, we need that more than ever. And if the line-up of LGW22 is any indication, finally heading back to charming Utrecht – crossing the canals to get to the next old church or modern club and discovering new favourite artists we’d never heard of before  – will be beyond rewarding. Both musically and… spiritually.

There will be, of course, plenty of beloved, Shindig!-friendly names to enjoy: from the kaleidoscopic trips of Goat to The Staples Jr. Singers’ timeless gospel-soul and Trees Speak’ Krautrock-infused cinematic instrumentals. Among this year’s curators are Animal Collective, who will bring along the likes of Les Filles De Illighadad, Horse Lords, Kuunatic and a sure-to-be-groovy DJ set for the ever reliable Habibi Funk label.

You can use a lot of words to describe Le Guess Who, and eclectic is certainly among the first that come to mind. We seriously can’t wait to jump from neo-post punk faves Dry Cleaning to Romperayo’s mix of cumbia and psych, from guitarist extraordinaire Jeff Parker to the dreamy sounds of Senegal’s Wau Wau Collectif. As we type, indie rock giants Low have just cancelled the late summer leg of their tour due to Mimi Parker’s cancer treatment – our hope is to meet them in Utrecht in November for the kind of music-imbued virtual hug a festival like this can only make more meaningful. 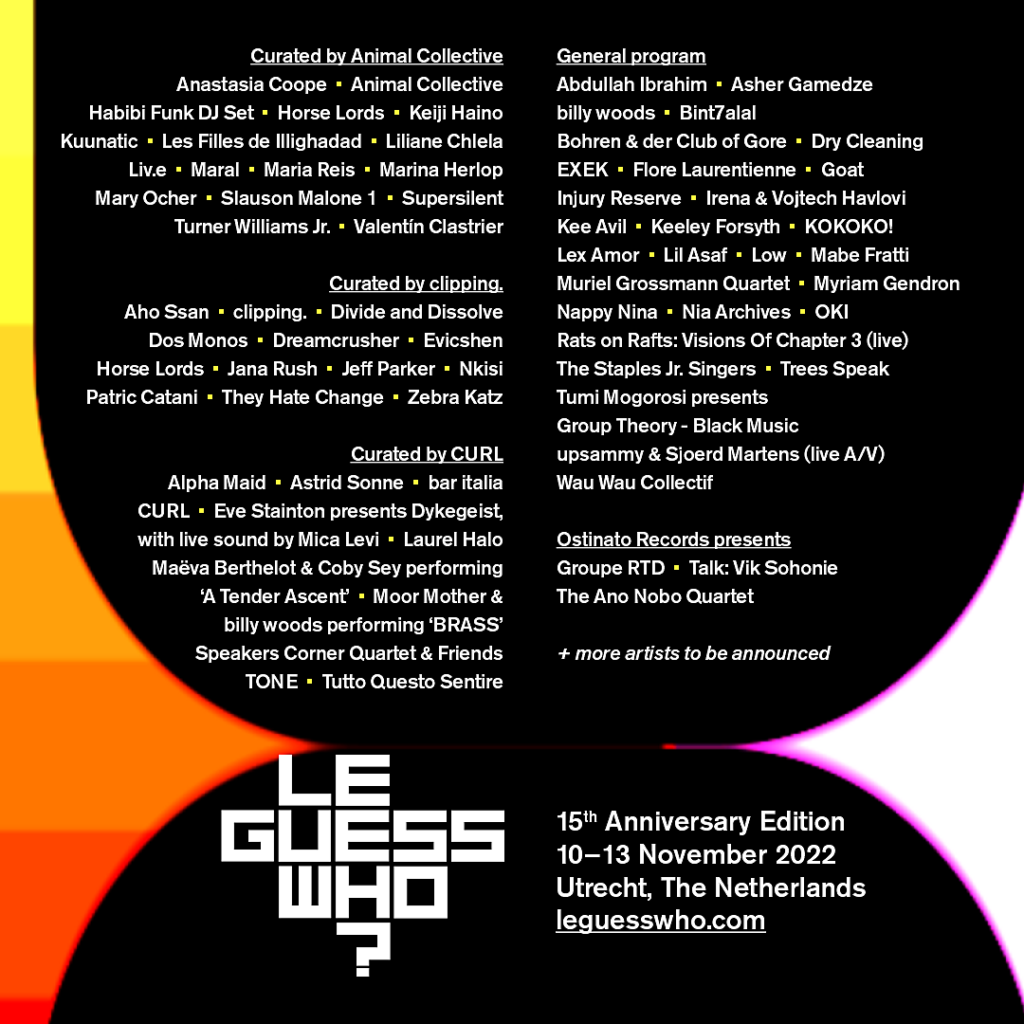 As well as eclectic, the festival other key word would probably be unexpected. It’s not every day that you find yourself among concert goers who are genuinely keen on new experiences, popping from one venue to the next to see where the music will take them. That’s what makes a project like Hidden Musics – which Le Guess Who describes as “aimed at deeply localised music” and featuring “performances of musicians embedded in rich, often centuries-old musical traditions that have been developed with little or no outside influences” – the jewel in the crown of an already peerless line-up. We highly recommend checking out the festival’s exquisitely curated playlists (available on their Spotify profile) for a truly enriching experience. With such a wondrous soundtrack the countdown can finally begin. see you in November!