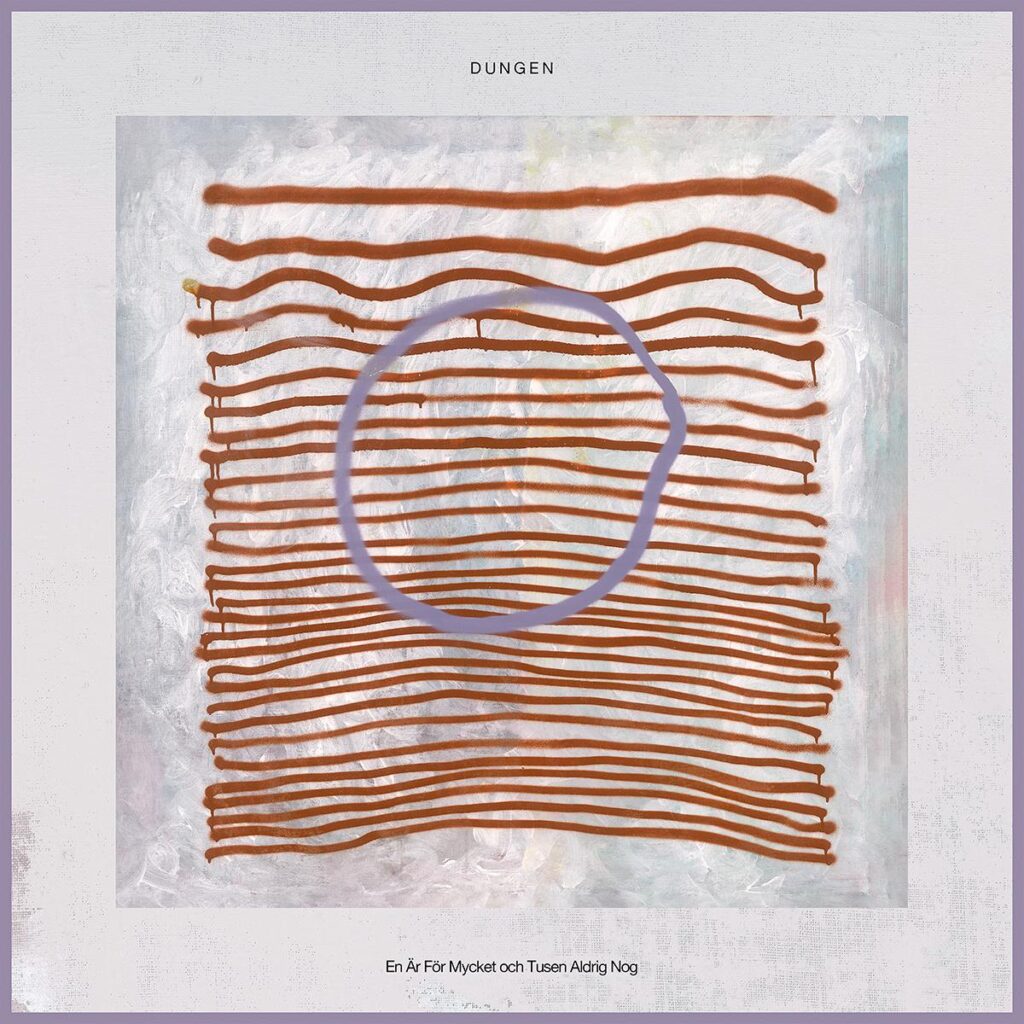 Dungen today announced their new album En Är För Mycket och Tusen Aldrig Nog will be released October 7th, 2022, via Mexican Summer. Translated to One Is Too Much And A Thousand Is Never Enough, Dungen’s first proper studio album since 2015’s Allas Sak finds the core band of Gustav Ejstes,Reine Fiske, Mattias Gustavsson, and Johan Holmegaard now decades-deep in collaborative focus and elevating their trailblazing psychedelia to new heights. On the album’s hypnotic lead single ‘Nattens Sista Strimma Ljus’ (‘The Night’s Last Shimmer Of Light’), guitars skip like a synth pattern over a shaggy drumbeat that sounds both like a late ’60s blowout and late ’80s acid-house freakout. Ejstes explains the song is about “When the fun has come to an end and you want to start over” and is out now alongside a hazy video directed by Isidor Xavier Estrada Nyqvist.
The nine-track album was recorded in pieces beginning in 2017 in Gothenburg, Sweden, with producer Mattias Glavå, who last worked with Ejstes on Allas Sak. Glavå’s creative input was crucial to the record,and helped Ejstes to challenge his preconceptions of how his own music might sound. “We’d be in hisstudio, where he has all this amazing gear, and he’d be encouraging me to go with every weird idea and not to feel any pressure,” Ejstes says. “He would say, ‘Let’s use this rhythm box or this sample or this loop,’ and I’d be like, ‘Can we do that on a Dungen record?’” Likewise, Ejstes’ bandmates—guitarist Fiskeand bassist Gustavsson, in addition to drummer Holmegaard—encouraged him to push his ideas further.“It really took a lot of courage to go to the guys and play this stuff for them,” he says.
While the textures might seem unusual for a Dungen record, Ejstes insists these sounds have inspired him throughout his career – even when they haven’t seemed to. “If you take Mitch Mitchell, Public Enemy,and Swedish psych-organ player Bo Hansson, and you put that in a pot, that’s jungle for me. It’s all about the breaks,” he says. “And these layers of noise. With fuzz guitar, it’s noise under control. It’s the samewith turntable scratching for me – feedback and shit, it’s all the same.”
For all its sonic innovation, this sense of clarity and candor hasn’t really been explored before on Dungen’s previous releases. As its title suggests, many of En Är För Mycket och Tusen Aldrig Nog’s songs find their emotional centre in Ejstes’ relatively recent sobriety, marking the first album he recorded without being under the influence. “It’s groundbreaking for me,” he says. “My life has changed, drastically, in the last five years.” Like many newly sober artists, he was initially worried that his creative abilities were tied to using. “But the music is so strong in itself for me,” he says. If anything, sobriety has taken him more deeply into the music than he ever has been. “It has actually become even more trippy to experience music if you don’t take away the edges of life. It gets very real.” You can trace Ejstes’struggles through the tracklist: ‘Om Det Finns Något Som Du Vill Fråga Mig’ (‘If There’s Something You Want to Ask Me About’), ‘Var Har Du Varit?’ (‘Where Have You Been?’, a track first released on the Self Discovery For Social Survival soundtrack and reimagined here), ‘Klockan Slår Den Är Mycket Nu’ (‘The Clock is Ticking, It’s Late’). So many of these songs bear the weight of pain, and even at their most sonically ambitious, they’re always emotionally direct.
Since breaking out with Ta det lugnt, Gustav Ejstes has used Dungen as a way to chase down and take apart the music that he finds interesting, whether it’s Scandinavian folk, freak-fried acid-rock, jazz, or jungle. That sense of constant movement, of itching to see where else he can go, has meant regularly pushing himself through new incarnations of himself. “Some artists, you feel like, ‘Stick to your guns, the first three albums were so much better.’ But I can’t stay in one box,” he says. On En Är För Mycket ochTusen Aldrig Nog, Ejstes finds that the wildest trips lead within.
Pre order here

Swedish sonic adventurers DUNGEN have attracted a loyal following in the 13 years since their debut, entrancing listeners with their distinctive blend of psychedelic soundscapes, shifting rhythms and Swedish melancholy.

Formed 15 years ago as an outlet for multi-instrumentalist Gustav Ejstes’ musical visions, Dungen have transmogrified from his singular approach into a unique quartet with a more collaborative process, one which melds psychedelic and prog sounds with luscious harmonies and hip hop-influenced rhythms.
Their breakthrough success in 2004 with Ta Der Lugnt and follow-up Tio Bitar in 2007, has seen the line-up solidify to long-serving guitarist Reine Fiske (formerly from ’90’s Mellotron-heavy prog-folkers Landberk) with Mattias Gustavsson on bass and Johan Holmegard on drums. All four are veterans of the Swedish music scene and, as well as being in Dungen, have been involved in various groups including Elephant 9, Life On Earth!, The Works and Svenska Kaputt, but it’s Dungen that continues to thrill a growing international audience.
Following the release and touring of Skit I Allt in 2010 and the luminous brilliance of 2011’s standalone single ‘Öga, näsa, mun’ (on Jack White’s Third Man label), all went quiet before the band re-emerged in 2015 with Allas Sak – a more polished but no less freaky expansion of their sound which benefits greatly from recording as a cohesive unit. Around the same time of writing and recording Allas Sak, they began making plans to create a soundtrack to one of the oldest surviving animated films. Based on a story within the One Thousand And One Night (or Arabian Nights) collection, Lotte Reiniger’s The Adventures Of Prince Achmedwas an astounding feat of animation for 1926, inspired by shadow play (otherwise known as “ombres chinoise”) and European silhouette cutting to produce a phantasmagorical world fitting for the fairytale. 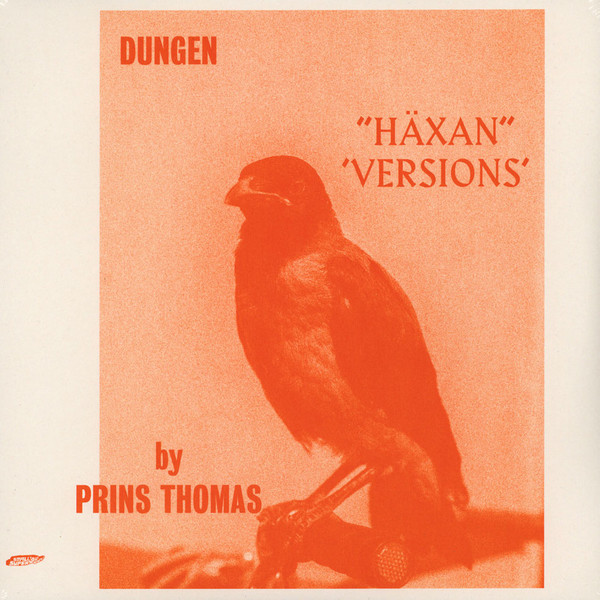