“So far, we only know that the Flagstaff Police Department is investigating the death of a woman from New Mexico. Private Occult Detective Nico L’oscuro is using supernatural and magical practices to uncover this mystery.”  This is the starting point for the  L’UOMO NERO (translated as The Boogeyman) supernatural thriller opera spread over 3 albums, the first of which is Andiamo Nel Deserto that features the closing track Walk Away. 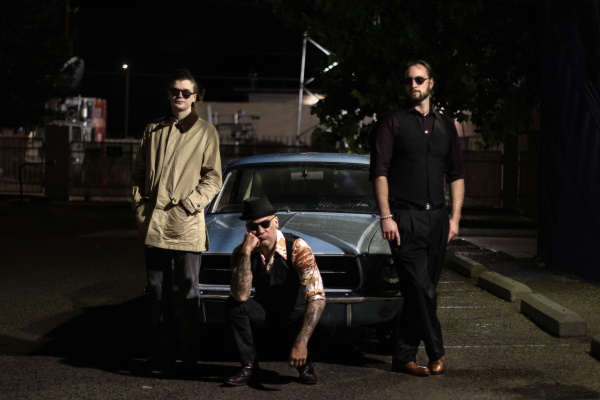 L’UOMO NERO is made up of Dominic Cagliostro (guitar and vocals), Robson Guy (bass) and Luke Seelau (drums) as well as playing their instruments the 3 band members also play the roles of supernatural detectives named Domenico L’oscuro, Quello Bello and Sentire respectively. Cagilostro explains the original story behind the trilogy. “I am a clinical social worker. My friend got murdered, they found her in a river, she had a drinking problem. We were on and off for a few years, and I couldn’t get her to stop partying. When she died… I don’t know… my friend said the courts were trying to get her to testify regarding some drug shit. When I poked around, she told me to stop and not get involved and scared me. So I did. And luckily for me, I am an expert at giving out the tools and helping others deal with this type of stuff: mental health, depression, grief, acceptance, trauma, substance abuse, etc. So instead of getting myself killed or relapsing, I decided to sublimate the negative experience and make music out of it. This is that music.Sublimation, Freud shit to change from this experience in a healthy manner.” 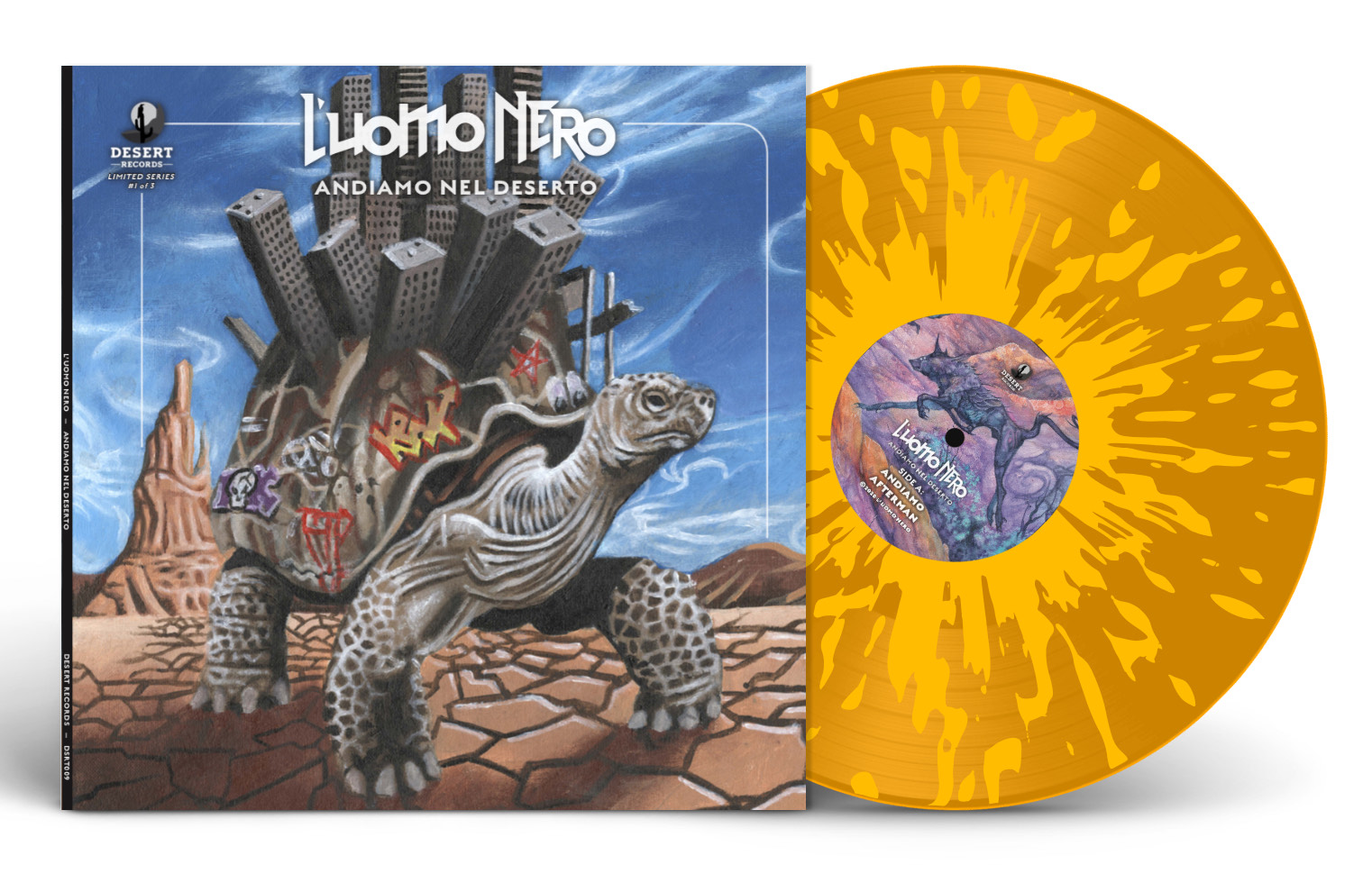 Andiamo Nel Deserto by L’uomo Nero is released through Desert Records on November 6th, you can pre-order it HERE.