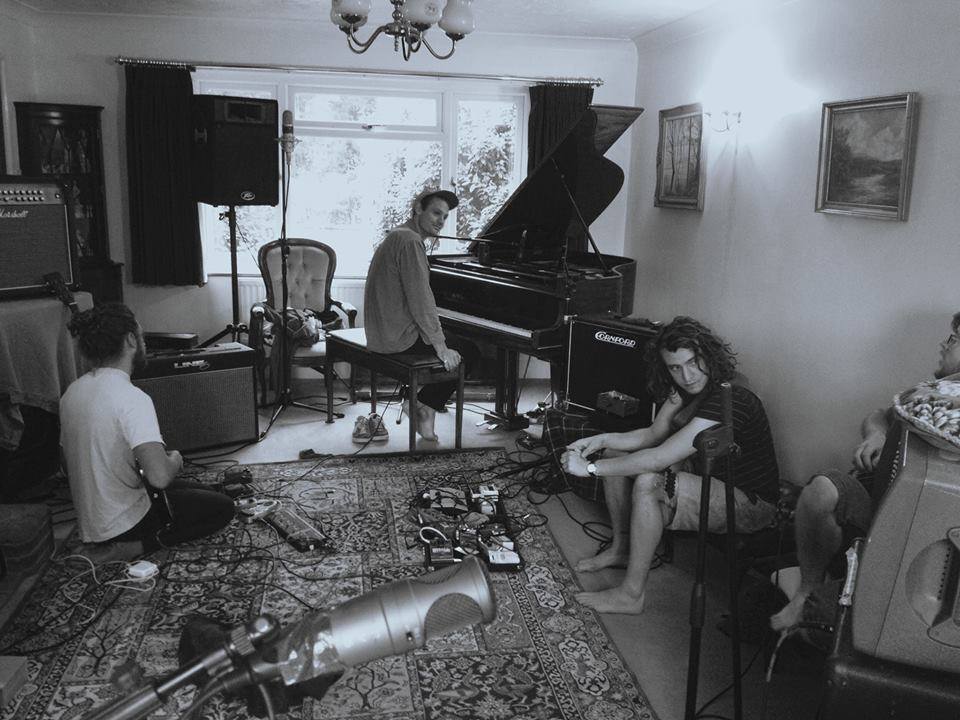 Caulkhead (the name given to a native of The Isle Of Wight, Penfold’s place of birth) mixes Floyd/Kevin Ayers-inspired off-kilter pop (‘Up Down’, ‘Sunny Day’, ‘If You Like’) with longer, more meditative and progressive pieces. The overall effect is a blend of the old and the new, nostalgic but of the present day.

“I like songs/art/television etc that stir me,” Penfold tells Shindig! “but which also have humility. It’s important to take things seriously. It’s also important to not take things seriously. It feels like there is a push and pull between the two within everything I do. Whether that comes across, I don’t know.” When pressed for influences, Penfold offers “Syd Barrett, The Kinks, Seal Floyer, Francis Alys, The Royal Family all do it for me.”

Accompanied by the members of the band Taos Humm, Velcro Hooks, Factotum and record producer/engineer Dom Mitcheson (Malthouse Studios) the group travelled from their Bristol base to The Isle Of Wight to record Caulkhead. “It wasn’t a planned thing, other than I had some songs I wanted to record with my friends. I thought it would be nice to do it on the Island.” The LP was recorded on single track tape. “I’m not adverse to digital recording. I just don’t have much experience with it. Tape is easy. Get a good sound, put some mics in a the right places and record it.”

Lyrically, the songs range from observations about the everyday (“the shop where everything costs £1, where the Woolies used to be” from the song ‘Caulkhead’) to surreal flights of fancy (‘Sunny Day’). Penfold, however, doesn’t make a distinction. “I think it is important to make something and consider it later,” he says. “In doing so I feel I always steer back to the everyday. Even the surreal seems to be grounded in literalism”

Caulkhead is released on March 18th on Stolen Body Records

One thought on “Edward Penfold”