The story of The Family Dog, as currently documented, is riven with contradictions, in what seems to be a victory of dramatic narrative over actual truth. One individual who had their reputation damaged by this was Luria Castell. Unfortunately, Luria passed away on December 12th 2014, but her daughter, Moanna, kindly agreed to give an interview to clear things up.

Like many of her peers, Castell was active in the political scene and, as Moanna explains, this was a product of both nature and nurture. “My grandma taught my mother, Luria, by example and showed her how to be bold and love the arts. My mom’s youth and adolescence in North Beach provided a foundation of cultural diversity and self-expression.” 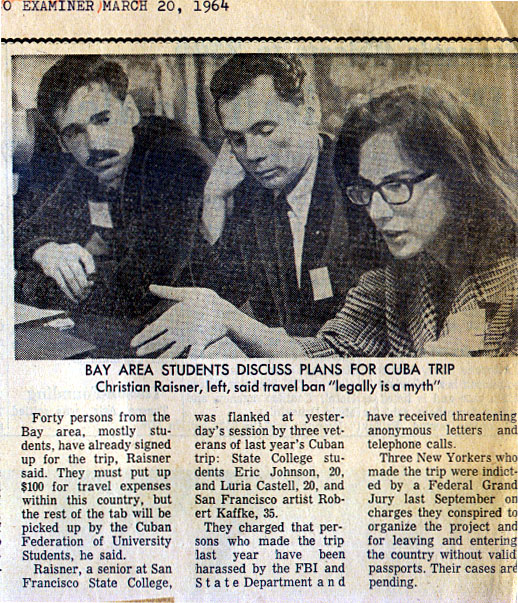 Those beliefs – that shaped her as a person and as a political being – were also influenced by an awareness of civil rights abuses in the USA. “They, and thousands others, were confronted with a time of collective consciousness to become better humans at a societal level, the right to be decent, to reach a potential beyond greed and fear and to find a togetherness that we all long for. They lived the way they thought they should. There were thousands of people that were working towards the same goal in different parts of the country.”

One of the most potent things to emerge at this time was the commune. This provided a safe and creative space for ideas to develop. “The Victorian houses were big with lots of rooms; no one wanted to live in them alone, like they do now. It was where like-minded people converged because, as Ellen Harmon told me, they had the same ideas for what could be, a reinforcement of their gut feeling.” 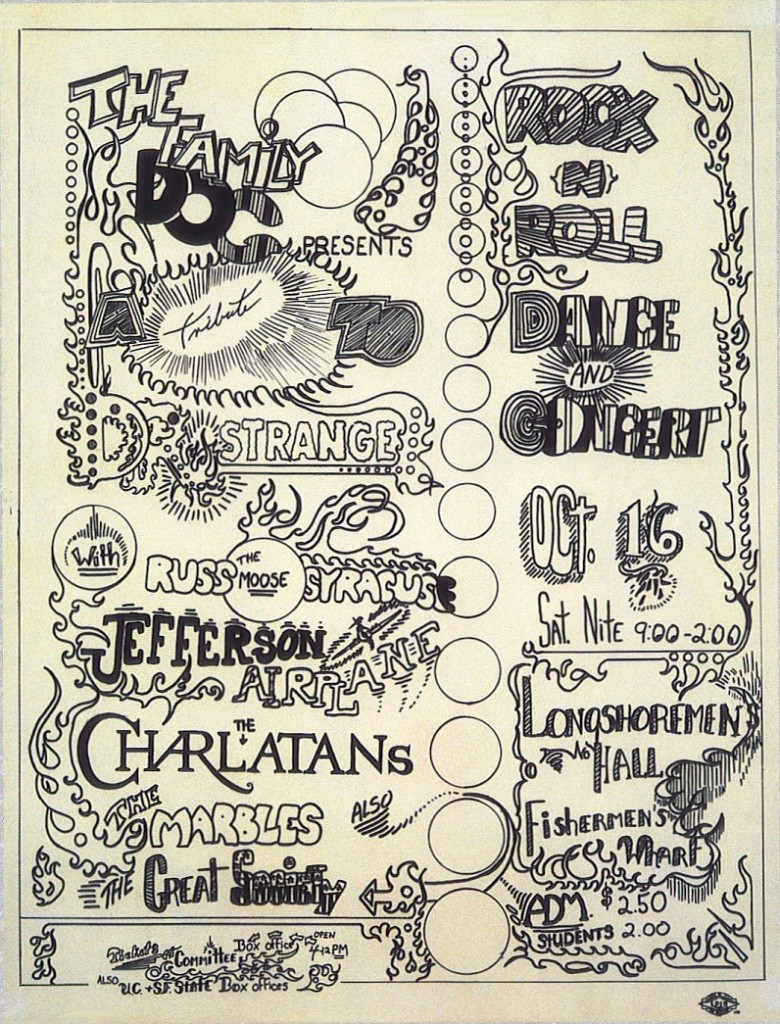 A key part of many existing tales of The Family Dog involve the theft of a supposed loan from Chet Helms by Luria Castell. “I take great offence to the allegation in Scullatti and Seay’s book. She did not run off with Chet’s money. It was never about money. My mom did not attempt to put on a dance by herself. The Family Dog collectively boarded David Mitchell’s bus for Mexico. They borrowed some money from Chet and gave him some antiques for collateral. The idea was that they’d take a break, he would put on a dance or two while they were gone, and when they returned he could either sell the antiques or they’d pay him back. While in Mexico though, they all went their separate ways and by the time my parents got back my brother was on the way. They kick-started something into a different direction and then got the hell out of the way. It is something that’s hard to encapsulate or articulate. Their motto was, after all, ‘May The Baby Jesus Shut Your Mouth And Open Your Mind’. It was never about Luria, or Ellen or Jack or Alton and it wasn’t about Chet. Her disillusionment was that the masses got ‘it’ but let it go. The movement was co-opted into a hierarchical business venture in which coliseums are packed with assigned seating, fame supersedes interaction and, once again, you can’t dance.”

Walter Benjamin, the critical theorist, supposedly wrote that history is written by the victors. Indeed, this pithily translated phrase is often deployed to describe and summarise the uses and abuses of history. Unfortunately Benjamin’s words are themselves mis-quoted. What he actually said, according to Professor Dean MacCannell in his book The Ethics of Sightseeing, is “history is written by scholars and intellectuals who empathize with victors and not with the people, the ones who make history.” Luria, Ellen, Jack and Alton were the people who made the history.

One thought on “The Fugitive Truth”