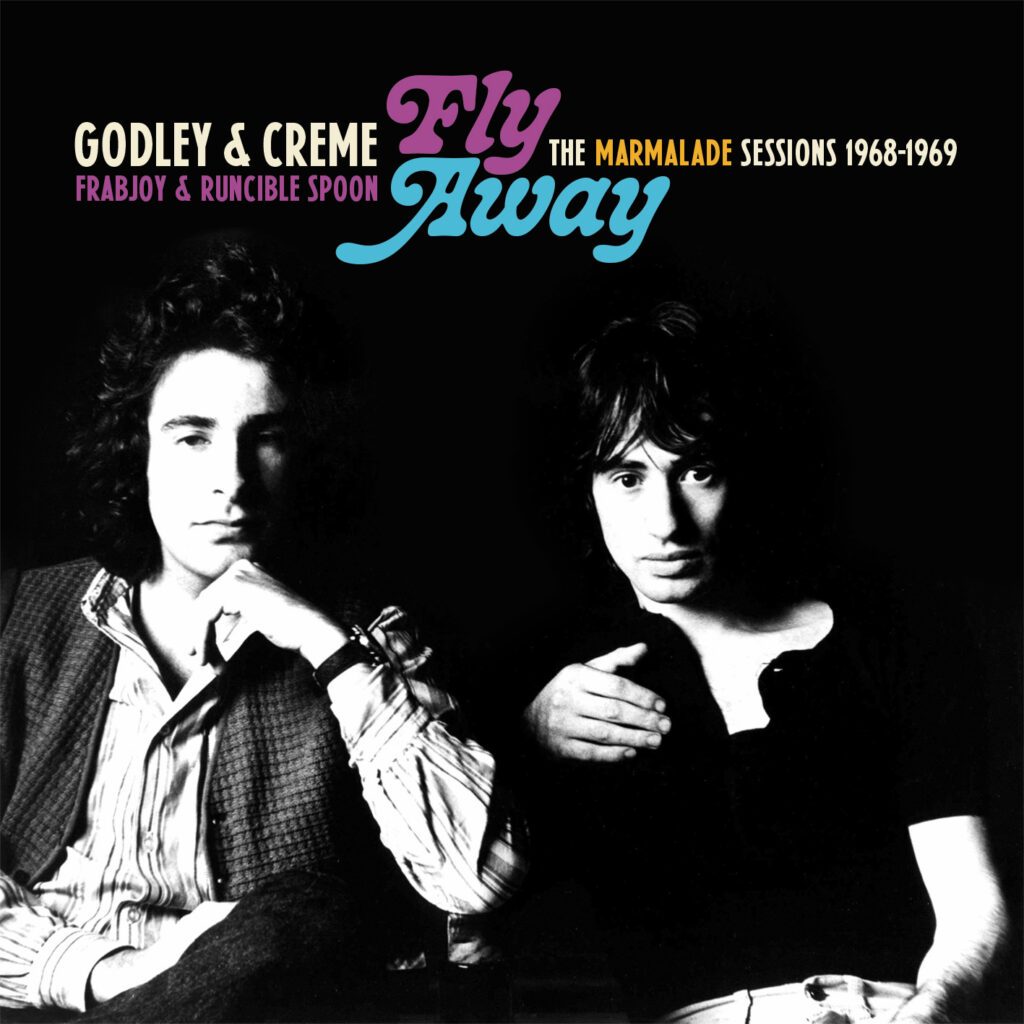 It’s with great pleasure that on the back of the next issue’s cover (#129) stars we present our first vinyl exclusive. Yes, that’s right. Not only does Michael Björn get the full lowdown on how Kevin Godley and Lol Creme became Frabjoy & Runcible Spoon after they’d learned how to “play around”, but we’re issuing, in conjunction with Guerssen Records, their “album that should have been”.

Although only one single, ‘I’m Beside Myself ’ / ‘Animal Song’, appeared from the sessions they cut with Giorgio Gomelsky for the proposed 1969 set, esteemed music historian David Wells recently tracked down the remaining material, resulting in Grapefruit’s recent CD anthology Frabjous Days: The Secret World Of Godley & Creme 1967-1969.

On hearing the proposed original album (or what’s left of it) we just knew it had to appear on vinyl. After some conversation, a deal was struck, and for the very reasonable price of £20 plus p&p you can now own this delightful dose of late ’60s pastoral and progressive pop on LP, which we’ve titled Fly Away.  Act fast, as there will only be 200 copies on tasteful lavender vinyl. 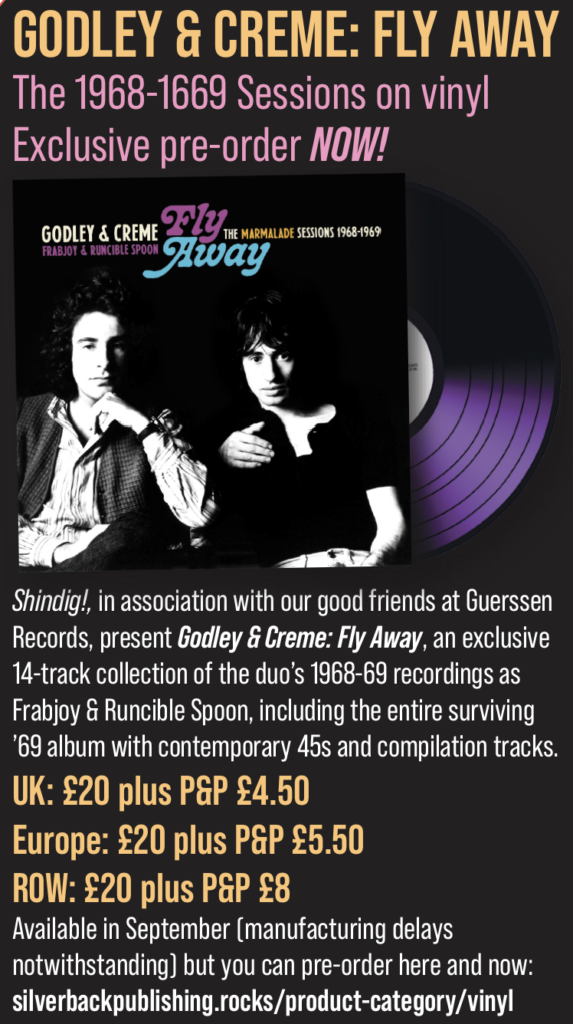