Dimple Discs (who have released groundbreaking Irish music from Telefis, Cathal Coughlan, Keeley, Eileen Gogan with Sean O’Hagan, and more) are thrilled to announce the new single from revered Irish composer/musician Ger Eaton (pronounced Jair, short for Gerard).
A multi-Instrumentalist, songwriter, hair stylist and retro-vintage aficionado, this iconic and stylish gentleman is most recently known as keyboardist/guitarist for Dublin alt-rock heroes The Pale. Indeed, Ger has been a mainstay of the Irish music scene for many years as a member of Premonition (EMI), Las Vegas Basement (Columbia), Les Marionettes, Pugwash, The Carnival Brothers and many solo and collaborative recordings. Throughout this time he also recorded and toured extensively with, among others, Mundy, Duke Special, Jack L and Fionn Regan, playing everywhere from Glastonbury Festival to the ‘Later With Jools Holland’ TV Show.
‘Phoenix (Reborn)’ continues to explore Ger’s fascination with and mastery of retro-’60s influenced chamber pop styles, first illustrated on his debut EP Three By Ger Eaton last November. 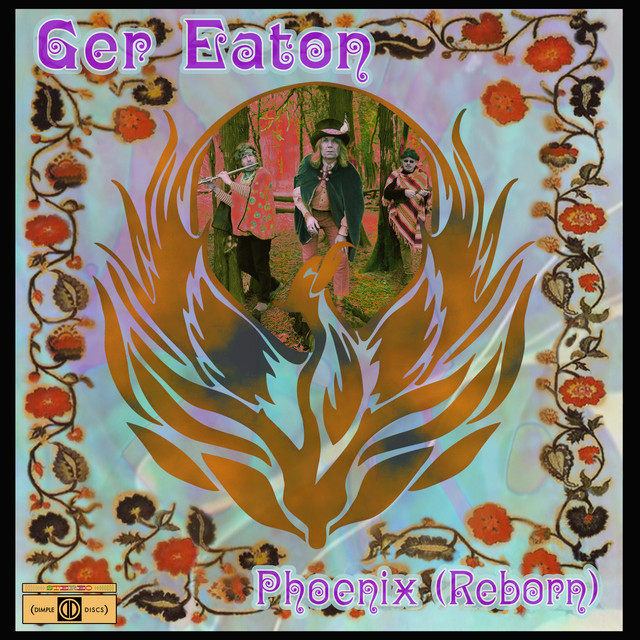 On the creation of the new single Ger notes, “So… although I never liked the sound of the descant recorder being played by 30 10-year old boys in my Dublin classroom back in the ’8os, I always had a liking for the ‘recorder ensembles’ used in certain pop hits of the ’60s. So when a new idea, the song ‘Phoenix (Reborn)’, began to form, I knew it was my time to bring the recorder back once more! Working again with my great friends Duncan Maitland and Sean Coleman, we drew on our combined love of all things acid-folk. Using 4-Track Tape machines in Sean’s workshop, we combined a rhythm played on my newly acquired tabla drums, with a blend of our own Mellotron flutes and my brother Kieran’s ‘real’ flute and recorder skills. Adding in our usual musical ‘weapons of choice’, and the trumpet riff I wrote for Ronan Dooney, we felt we had created something special…a sort of ‘Renaissance Pop’ if you will…My music…the Phoenix (Reborn)…”
~Follow Ger Eaton on social media~
Facebook  Twitter  Instagram  YouTube  Spotify  Bandcamp
For more info: Nick Clift / Dimple Discs nicholasclift@gmail.com