For over 11 years artist Morgan Howell has been creating perfectly detailed facsimiles of peoples favourite 7″ singles, complete with rips, tears, creases and records. These are no Dansette sized reproductions though, they have been SuperSized to four and a half times their original size. Howell’s latest pieces form the backbone of his latest exhibition SuperSizeSoho which runs until November 21st at 45 Beak Street, London.

Since first having the idea and painting the first SuperSize single, which was his sisters copy of The Animals’ ‘House Of The Rising Sun’, Howell has brought over 130 different singles into the realm of the giants. Looking for a new way to move forward with his art and make connections through his paintings the artist came up with the idea for an exhibition based around London’s ‘Square Mile Of Sin’ Soho.

“Painting is a solitary thing and my air was coming into Soho for meetings so during the lock down periods I really missed the area” explains Howell “I wanted to do something that was going to be fun for me excluding any pretentious “art bollocks” and, I guess, an excuse to come to Soho everyday”

Morgan has created 3 pieces for SuperSizeSoho, Cliff Richard & The Drifters ‘Move It’, The Who’s ‘Won’t Get Fooled Again’ and Nina Simone’s ‘My Baby Just Cares For Me’. Each with it’s own description of it’s links to Soho, Cliff Richard with the 2i’s coffee bar in Compton Street, Pete Townsend’s 1966 bachelor pad at 87 Wardour Street and Nina Simone’s 1985 residency at Ronnie Scott’s jazz club in Frith Street.

“I was fascinated by Nina Simone’s residency at Ronnie Scotts and couldn’t help but imagine what she would have been doing in Soho. Which streets she walked, where she ate, where she went drinking, where she got her drugs.” says Howell. “This was a woman who’s was suddenly back in the spotlight after Levi’s used My Baby Just Care’s For Me in one of their ads, and here she was in Soho, in her 50’s, what was it like for her?”

Coming from a commercial art and advertising background, Morgan’s forensic detailing of these singles is breath-taking, from the heavy print on T-Rex’s ’20th Century Boy’ to the mis-register on the sleeve of Janet Kay’s ‘Silly Games’ and the fabulous story of the tears in The Clash single caused by someone trying to steal the original single from a party in 1977. The history, personal history of these records is as much ingrained in the physical artefact as by the music contained within, each owner knowing the creases and marks on the outside as the pops and crackles on the inside.

“The idea that these record companies were ultimately owned by huge corporations like General Electric and it was their industrial design departments that were creating these record sleeves is a crazy thing.” says Howell “Imagine going from designing an instruction manual for a fridge or a radio brochure to a record sleeve. You can see the similarities in the mid-century futuristic style of the typography”

Each piece in the current exhibition has it’s own unique link to Soho all beautifully detailed and explained, classic singles from The Beatles, The Rolling Stones, Cream, The Jam, Bob Marley & The Wailers, Pink Floyd, David Bowie and many more. If you can’t make it to the exhibition you can visit the SuperSizeArt Shop online and across all social media platforms linked below. Original paintings can be commissioned, but bear in mind Morgan only paints each record once, at £18,000, original paintings are £15,000, full sized framed prints (limited to 9 of each original) are £3,000 and smaller prints, also limited to 9 are £650 the full range is on the website. 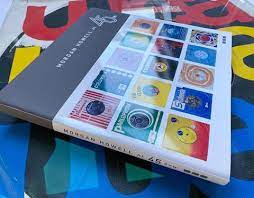 The book “Morgan Howell at 45rpm” is available from the website and the exhibition chronicling  100 pieces and the stories behind their commission. A great Christmas gift. 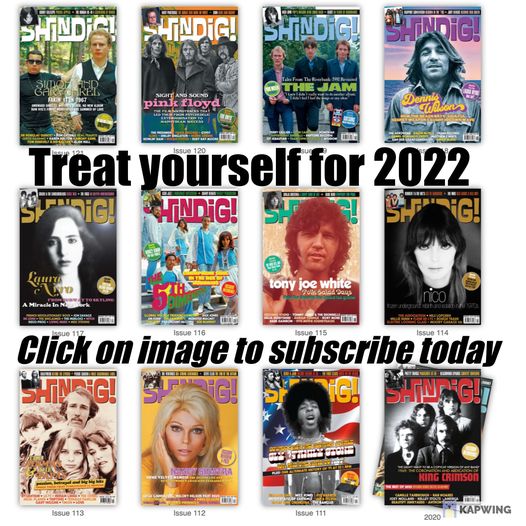