The beautiful and brilliant BABE RAINBOW chose our record picks in issue #115. Here in an online exclusive, ALEX MILLS catches up with the Australian psychedelic surfers

Byron Bay sweethearts Babe Rainbow are a mindful bunch of cosmic mavericks. Where Kool-Breeze meets the mind’s garden in a flora of enchanted psychedelia; Angus Dowling, Jack Crowther, Elliot O’Reilly and Jack’s brother Miles Myjavaec on drums are the soul-kissed answer to freckles across the bridge of our cosmos herself.

Whilst lockdown was spent in literal and creative harmony, and saw all the aforementioned band members welcome in new-borns, the release of their fourth-studio album Changing Colours sees the quartet further embrace their collective appreciation for grooved-glory in a capsule of timeless inspiration.

A hearty blend of Donovan’s ‘Mellow Yellow’ and plucked essentiality – in Changing Colours mandarins are left to rhythmically peel in a spritz of do-good aperitif, whilst a guest-appearance from multi-disciplinary taste-maker Jaden Smith is an unexpected pairing that seeks to enhance all the elements of collaborative soothing we’ve grown to adore from the Babes thus-far.

Following Peter Blake’s seminal ‘Babe Rainbow’ painting somewhere over the ‘Zeitgeist’, it’s to no timely avail that perhaps now, more than ever, we could all do with a little bit of ‘Peace Blossom Boogie’ to carry us through this universal dry-spell, and into a new- ease of relative freedom.

As Shindig! chats to frontman Angus Dowling, it becomes increasingly apparent that the key to a life well adventured is in the company of Oceania-vegetation, love, and Babe Rainbow.

Shindig!: It’s been two years since your last release. How long have you been sitting on these new songs?

Angus Dowling: Nine months in, nine months out. I’m a public agent but I dunno who I work for; I get instructions from everywhere! The street, newspapers, TV, conversations???

SD!: Has lockdown changed the meaning of or your approach to creativity?

AD: Yes and no. The new stuff seems giggier probably because we missed playing live so the jams are less backyard BBQ and more “What’s up Santa Monica boogie-funk.”

SD!: Does the process differ with each release?

AD: The process stays the same; it stays gentle but new inspiration blossoms and flows and the tools adapt to fit the brief.

SD!: Where did you go to write/record Changing Colours?

AD: Most of those songs were written at Kyle Mullarky’s farm in Malibu in between gigs. One night we played Teragram pretty late and came back to the studio and wrote and recorded ‘Zeitgeist’ as the sun rose… 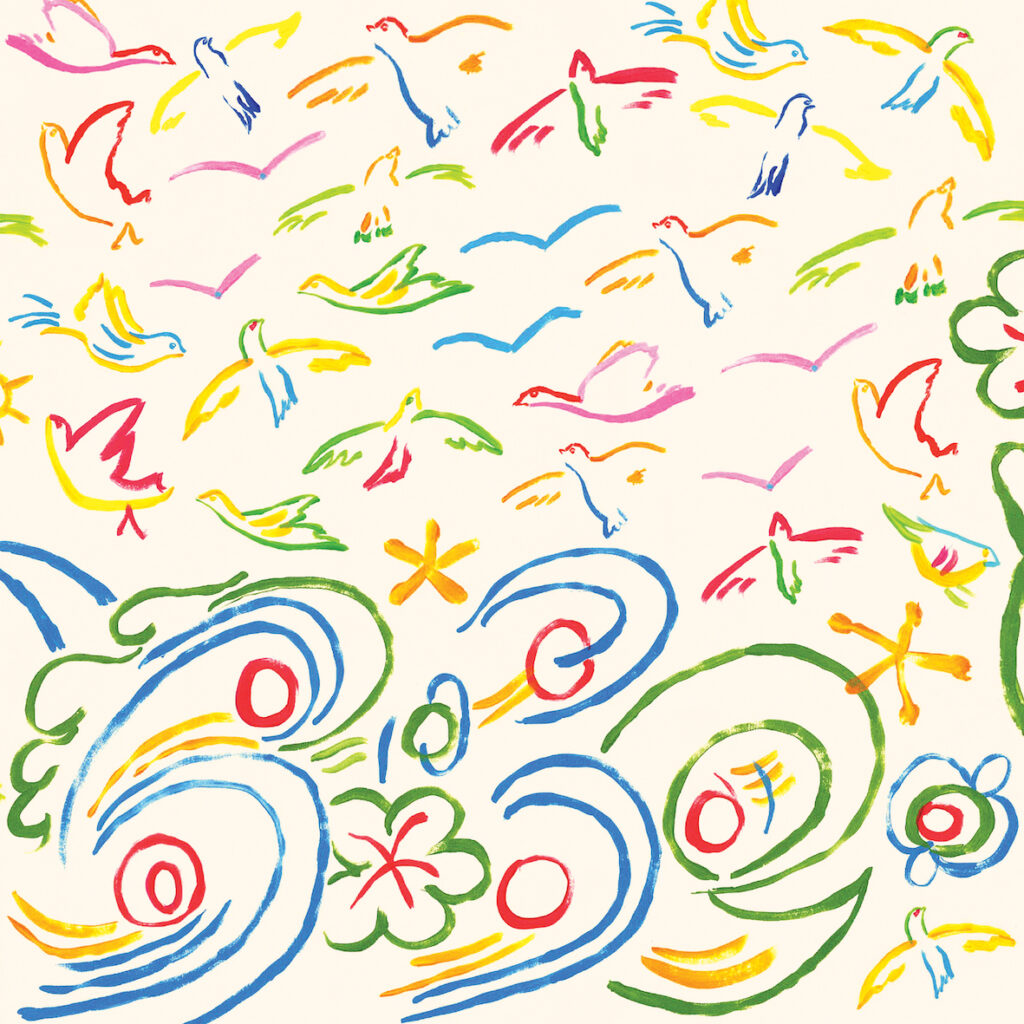 SD!: Something I love about this record is that it sounds bluer? Not in the mood sense but more the actual colour – it’s a bit more reflective, like a Thursday afternoon. Do you write with times of day/colours in mind?

AD: I’m very pleased to hear you say that! I heard that ‘Ultimate Grey’ is the colour of the year 2021 but it’s blue for me too. Honestly I try to write in a spraying rainbow because when this rhythm section gets going It feels like music for chameleons.

AD: A little nonsense now and then gives it a little kick.

SD!: I know that you’re farmers by trade, and you live within that world too. Was the end goal ever to be a working band first and foremost, or has this all been down to chance?

AD: We don’t really make enough money from being the Babe Rainbow to stop farming yet… but the end goal has always been to play at ‘Waikiki Shell’ in Hawaii and it still is.

SD!: How does music translate to your everyday life and the lives of the people around you?

AD: I sing to my baby from the moment he opens his eyes every morning. We listen to local radio at work too and send each other music as it comes across our paths. We actually have really different tastes.

SD!: Do you believe in collective fate ­– as in you’ve found “your people”?

SD!: Something that’s heavily associated with you guys is a sense of revivalism/musical timelessness.Would you consider yourselves as nostalgic people?

AD: No we’re just musical spacemen out here in the country getting it on. The nostalgia is the buzz from the tape machine but the drums sound so much warmer in there.

SD!: Enchantment exists everywhere and at any given time. At what point does psychedelic music and its themes become a token of eras gone by as opposed to a normal part of everyday life at any given period?

AD: I think easiest is when the lyrics are too throwback or dreamy in a more rocking jam, or vice versa. Songs are so subtle even in really intense genres I don’t listen enough to, but the intention of the message in the writing is clear, even if it’s a mandolin or a delicate little R&B line. Folk-rock feels like a bit of a token but it’s a bit of a heavy-weight so it can handle the hype. How good are The Eagles?

SD!: You seem to be quite informed by spirituality. Are you astrologically compatible as a band?

AD: Everyone thinks we’re from New Zealand and Canada. California will always be our home away from Australia. We love Paris and Hawaii as a group but I like San Francisco.

SD!: Do you think about the messages that you leave behind to your children or future selves?

AD: No never. We’re too busy thinking about the next line of the song. We tried Mick and Keith’s word-scramble game and it really didn’t work out one bit for us…

SD!: Something I love in music is when an artist leaves little nuggets of ad-lib moments. For example: Mick Jagger’s “Wooop” in ‘Gimme Shelter’ or all your lovely “mhmms” in ‘Darby And Joan’ (on Double Rainbow). Why do you choose to keep those moments in the final recordings?

AD: The singing lines are just like the guitar ­– they’ve got to travel around as far as they can just to test out the waters. You never know what you’ll find in there, in the cave of wonders.

SD!: Is it fair to say they’re reflections of how your music translates live?

AD: Yeah it definitely is. But, we do tend to create new renditions of all live songs just to keep them juicy and tasty nature sweets. We don’t really play slow songs live… Slow songs are written on tour when everyone’s hung over and feeling tender but when we’re at home off-duty, the gloves come off and the bass is in the house.

SD!: What’s next for the Babe Rainbow?

AD: We’re doing this new EP at the moment – it’s coming together really neatly. Should be ready by July. See you in Malibu

Changing Colours is out now on Eureka, AWAL and Flightless