In an exclusive teaser for our cover feature on the late, great TONY JOE WHITE, the Swamp Fox’s son and manager Jody White and producer and Black Keys lynchpin Dan Auerbach talk to MARTIN RUDDOCK about the new album Smoke From The Chimney 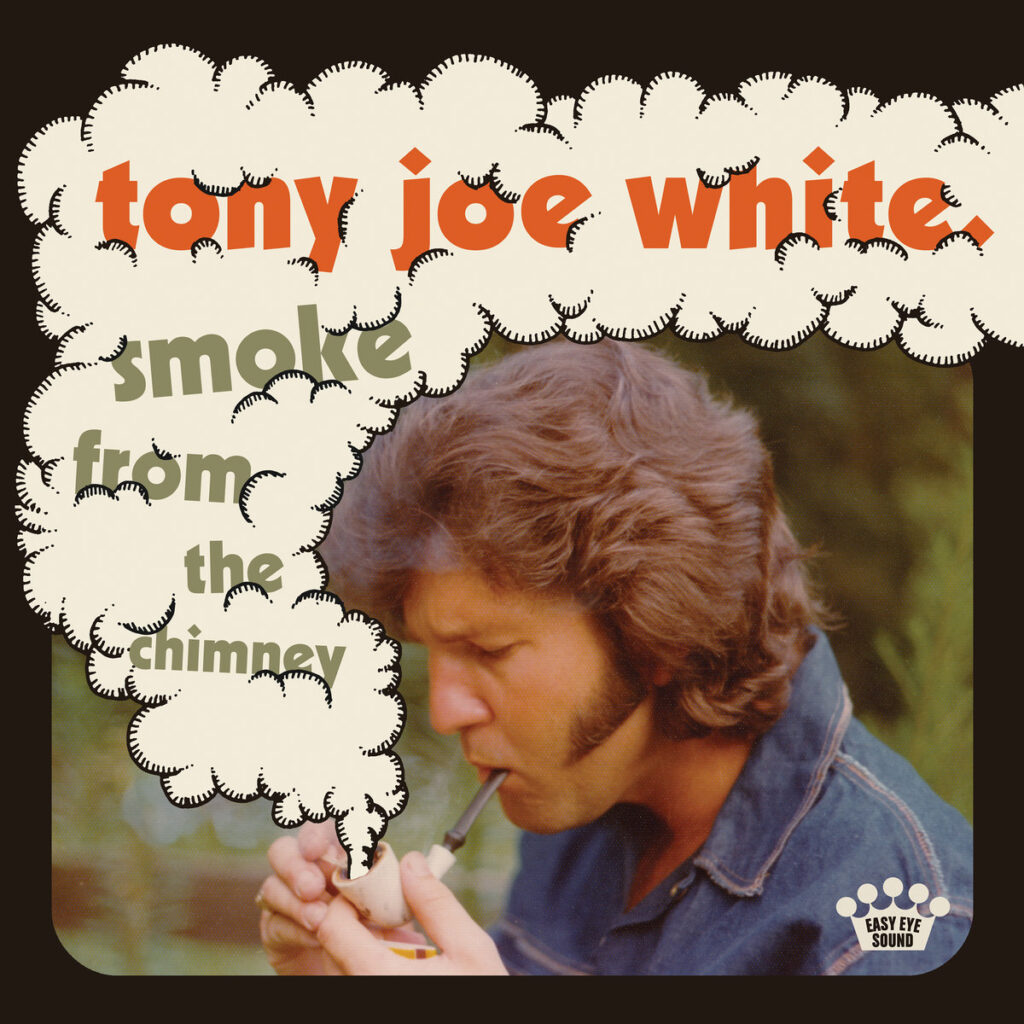 Jody White: My Dad wasn’t really a guy to be like “Oh yeah I’m gonna make a record,” he was just like “Here’s a song I wrote and I want the band to come into my studio, and we’re gonna play it, and once we get it right the first time, that’s the take we’re using, then we move on to something else.” That’s just how he rolled, that’s what he did. After he passed away, I managed him for like 20 years, my job changed. It was no longer what are we going to do next, but what did you leave behind? A big part of my job right now is transferring these reel to reels. We don’t know what’s on them. Some of them are clearly labelled and from a recording studio, we’re finding lots of lost tracks and songs people have never heard. A lot of the stuff I’m finding is because my Dad was always a home studio guy. Even in the ’70s when he started playing sessions he started bringing reels home from those. He saved everything. There were sessions that were off the cuff, never part of Warner Brothers. He didn’t have a record deal from like 1978 until like ’92, and that whole time he was in his home studio making music. He didn’t stop making music but the ’80s wasn’t really a time for him to be releasing music. I started the process of going through the storage unit, pulling out all the old reel to reels, organising photos and just creating a Tony Joe White library. I found a reel from when he was in Corpus Christi, Texas, before ‘Polk Salad Annie’, before all that. The first songs he’s ever written that have never even been registered, much less heard. It’s really exciting, it’s just like a treasure chest of Tony Joe White gold coins.

Dan Auerbach: He started going through those tapes and unearthing all kind of things, photographs that nobody had ever seen… so awesome. So cool, Jody’s doing his Dad right, keeping his legacy going in a real positive way. Telling the story right. He was always a great manager for his Dad.

JW: Dan and I have known each other for probably 15 years, and when we first met it was with the intention of making a Tony Joe White record, getting him in the studio with my Dad. This was just before The Black Keys were really taking off, he was still living in Akron at the time. It was a long time in the making… for one reason or another it just never happened.

DA: We spoke about it all the time really and it just never happened, we never got it together. It was funny because we met in Australia. It was an early Black Keys tour, and we were playing a festival there, a blues and roots festival, and anyway, yeah, we met backstage, hung out, and he let me play his old Strat that he had with him. We hung out and talked about Lightning Hopkins, and he was really cool.

JW: This group of songs were all together on three or four reels, which was very odd because they were written from a very wide variety of time. Like ‘Billy’ was written in the ’70s, and Waylon Jennings recorded it. Some of the other songs were written probably in the 2000s. ‘Smoke From The Chimney’ was the first song I transferred where I was totally captivated. It was one I’d kind of forgotten about, Dad recorded it and moved on and never mentioned it again. I texted it to Dan with no intentions other than just to share it with him, and he was like “Damn, son, what else do you have?” So I was like, well, funny you should ask….

DA: I just remember him sending me song after song and I was just blown away by the songs, I couldn’t believe how good the songs were. I loved so much how varied they were, but it was all so Tony Joe.

JW: I put together a folder of like 12 songs, sent them over and he said “We have an album, this is amazing.” Literally six weeks later he was almost finished with the basic tracking, he just dug right into it. I’ve never seen something happen so fast in the music business. We just handed that to Dan and it really was like my Dad was in the studio with them. Dan had a full band in there playing with Tony Joe White, so the testament to what you’re hearing is the way he went about the process.

DA: As soon as he sent me a small batch I’d book a session and we’d just do ’em. It felt like he was in the room with us. These are the musicians that I would have hired, had Tony Joe been around. I think it’s a shame that Tony Joe never got to cut a record with the Memphis Boys (Drummer Gene Chrisman and keyboardist Bobby Wood). I know Tony Joe would have LOVED Bubba and Bobby. They’re cut from the same cloth. People like Billy Sanford too, he’s from Louisiana, he’s got that special Louisiana magic. And a number of people like Marcus King and Ray Jacildo, the thing about it….the ears don’t lie, whether you’re old or young – if you got it, you GOT that special something, just like Tony Joe had that special something. Everybody on the record is also like that.

One of my favourite musical moments on the whole record is Billy Sanford’s gut-string solo on ‘Del Rio’. It’s a live take, so beautiful. Blows my mind every time I hear it.

When we’re playing these songs and Tony Joe was in the headphones it was like he was there. Sometimes you’ll have somebody in another room playing acoustic guitar and you can’t see them? All the little parts and all the little personality pieces throughout the songs, they all just happened live with the band doing it with the vocal. We overdubbed the strings and the horns and the girls, but everything else is live. There’s a lot of really beautiful people on the record. It was very quick. I think that’s also part of the reason that it works so well, something about the songs that I just understood. We didn’t labour over them. They were fresh, there’s a lot of fresh energy there.

I think it’s a shame that Tony Joe never got to cut a record with the Memphis Boys. I know Tony Joe would have LOVED Bubba and Bobby. They’re cut from the same cloth. People like Billy Sanford too, he’s from Louisiana, he’s got that special Louisiana magic. And a number of people like Marcus King and Ray Jacildo, the thing about it….the ears don’t lie, whether you’re old or young – if you got it, you GOT that special something, just like Tony Joe had that special something. Everybody on the record is also like that.

JW: I think he would love it, I think he would be blown away about how Dan found these songs that were really unclassifiable as a genre and turned each one into something special. Each song sounds like a mini-movie. Did my Dad leave these together? Was there something that he had in the back of his mind when he recorded these? We’ll never know, but what blew me away most about the project was how Dan found songs that I felt would be the toughest to work with and was “Oh that’s perfect, that’s what I like best.” ‘Over You’, I mean that’s crazy, like a six or seven minute ballad mixed with Someone Is Crying. These songs are all over the place.