APRIL MARCH and OLIVIA JEAN have released the music video for ‘Allons-y’ from their split 7″ Palladium EP (out now via Third Man Records) on which the duo focuses their inimitable blend of danceable badass on three distinct versions of the same song. Super fun! Génialissime! Beautiful! C’est magnifique! Get to it! Look out for the feature in Shindig! Magazine.

The pair recorded three renditions each of the same tune for the EP, with APRIL MARCH singing ‘Allons-y’ in French and OLIVIA JEAN singing “Let’s Go” in English. Each track is presented in a different musical style (with Olivia Jean taking the English versions and April March taking the French) for a total of six tracks.  The 7″ vinyl release contains side A en Francais “Allons-y” and side B in English “Let’s Go,” though all six versions are available digitally. 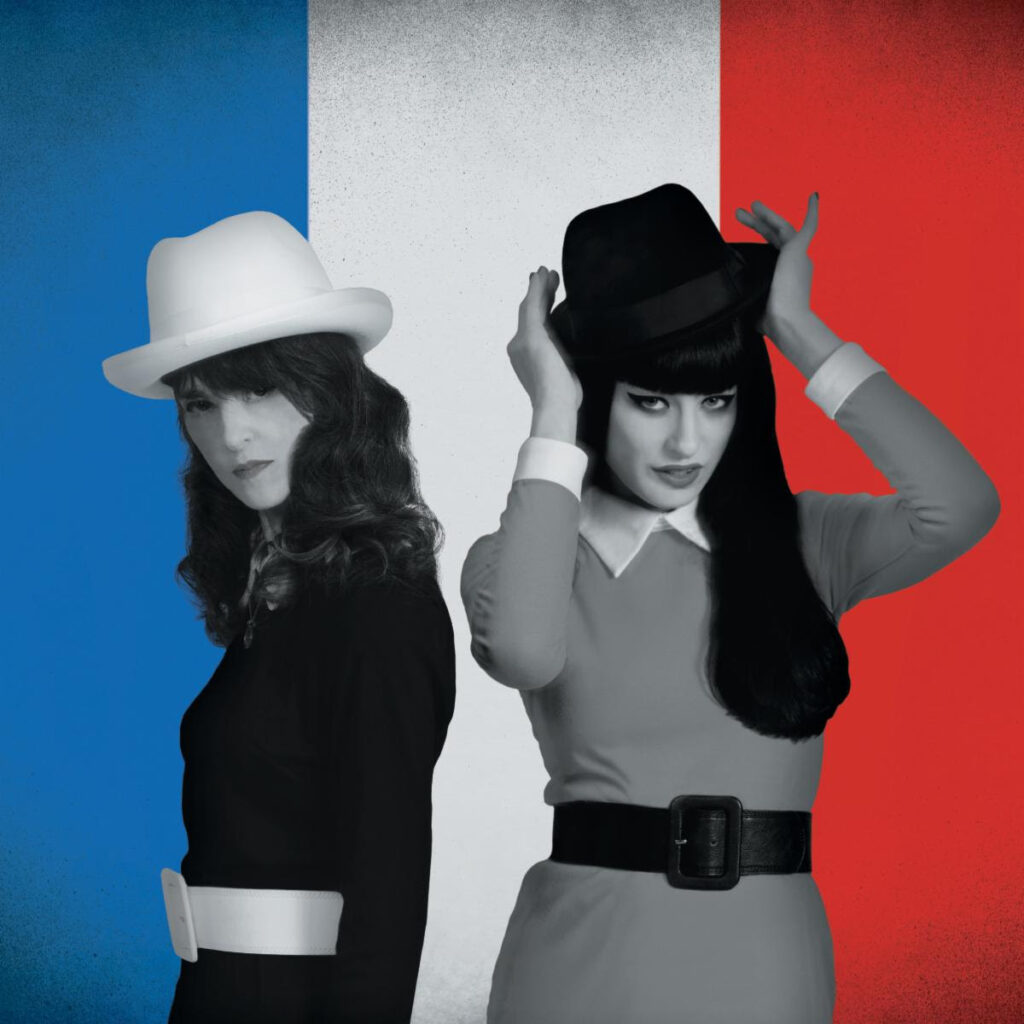 Palladium EP by APRIL MARCH and OLIVIA JEAN is available right now from your favourite stores, click HERE to purchase.