Australia’s Psych/Garage cult  band SACRED SHRINES share the video for latest single ‘Front Row Future’ exclusively with Shindig! Magazine. ‘Front Row Future’ is a full on aural attack that can leave you out of breath and anxious, the distorted and disorientating video builds on that feeling and the whole bundle feels apt for the time! ‘Front Row Future is taken from Enter The Woods, the second album from SACRED SHRINES which is due on April 23rd via Rebel Waves Records. Strap in!

If SACRED SHRINES’ first album Come Down From The Mountain was a sort of statement of arriving, like an alien spacecraft crash-landing on an undiscovered planet – Enter The Woods is a tale of losing your way and the time spent in the wilderness without a map to guide you.  The album was recorded at various studios around Brisbane and was mixed by a carefully curated list of engineers from across the globe, chosen specifically with particular tracks in mind.  The list includes familiar names like Michael Badger and Donovan Miller (FOREVR), but also some new faces – James Aparicio (Spiritualized, Grinderman) and local talent Dan James and Matt Weatherall.  The album’s themes cover a gamut of human emotion – mental illness, loss, betrayal, isolation, failure and self-belief to name a few and is another heady collection of cosmic sounds and diverse songwriting that further propels the band towards the far-out reaches of their own musical landscape. 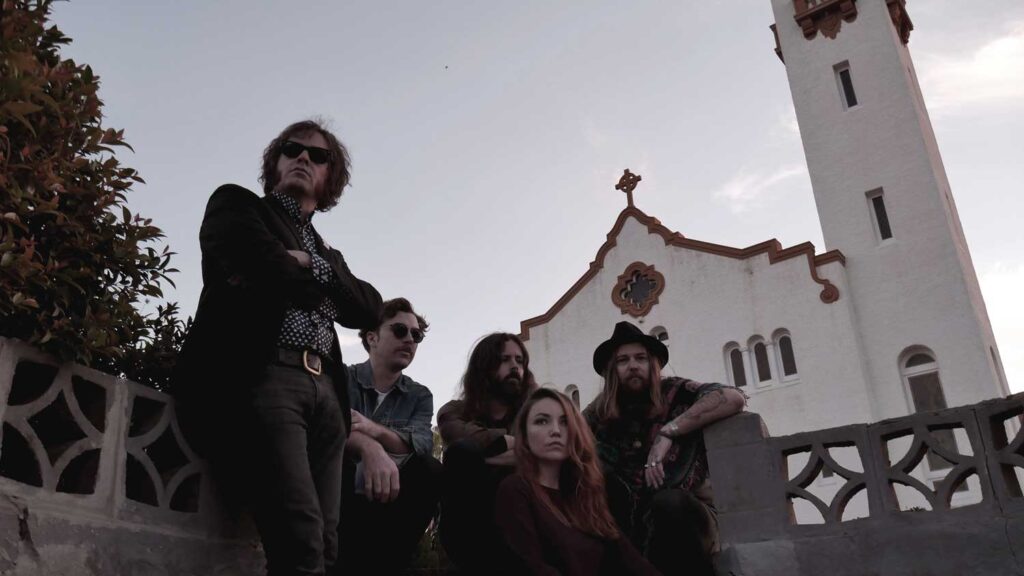 SACRED SHRINES played their first show in March 2014, launching their debut 7 inch at the same time. The group emerged from the remnants of internationally acclaimed power-pop/psych powerhouse Grand Atlantic and after their final shows in 2013 SACRED SHRINES provided songwriter Phil Usher with a new vehicle to showcase his fresh body of work and to start over with a refocused musical direction and a raw canvas to play with.

During their brief tenure, SACRED SHRINES have shared stages with The Dandy Warhols, The Upside Down, The Demon Parade, Flyying Colours, Tumbleweed, The Murlocs, ORB, Stonefield and many more. The band self released their debut album Come Down From The Mountain in July 2016, with tracks mixed by Brett Orrison (The Black Angels), Michael Badger (King Gizzard & The Lizard Wizard, Demon Parade) and Liam Judson (Cloud Control, The Laurels). Before the dust had settled on their debut album, SACRED SHRINES released a 6 track follow-up EP entitled Trail To Find in 2017. On the back of constant touring and radio airplay, SACRED SHRINES signed to Californian label Rebel Waves Records at the end of 2017 and since then have been working tirelessly on tracks for their sophomore LP Enter The Woods.  The band are no strangers to the sometimes precarious path of the independent artist, with the constant pressures of moving forward as a group resulting in an evolving lineup since the release of the first LP.  Adding in a global pandemic to the mix, the band took longer than anticipated to finish their 2nd album, but this time of reflection, regrouping and adversity had a significant part in shaping Enter The Woods. 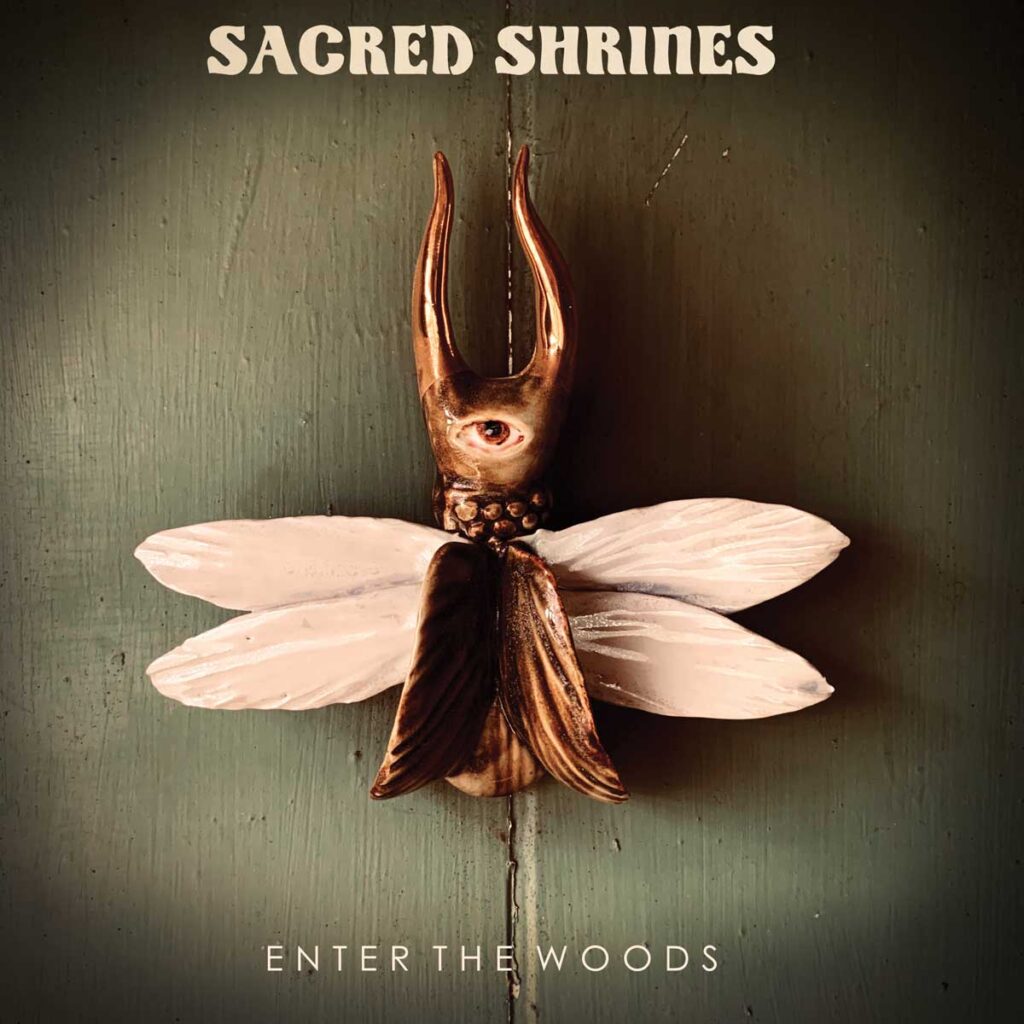 Enter The Woods is released through Rebel Waves Records on April 23rd and can be pre-ordered HERE.