You may be aware of WENDY MARTINEZ as one of the heavenly voices in French band GLORIA, ‘Mon Aviateur’ is  first release from her latest ep La Chevauchéée Electrique which will be released by Le Pop Club Records on March 26th.
Informed by the likes of Bashung, Gainsbourg, Fontaine, Ferré, and Vassiliu, WENDY MARTINEZ is compelled to sing the dawn, the cosmic love, the old girls in flower and the religion of the screens.
She composes songs which are both intimate and surrealistic, twisting and turning the French language until it bends to her will, musically there is a beguiling simplicity to ‘Mon Aviateur’ that is driven by her stunning vocal performance. 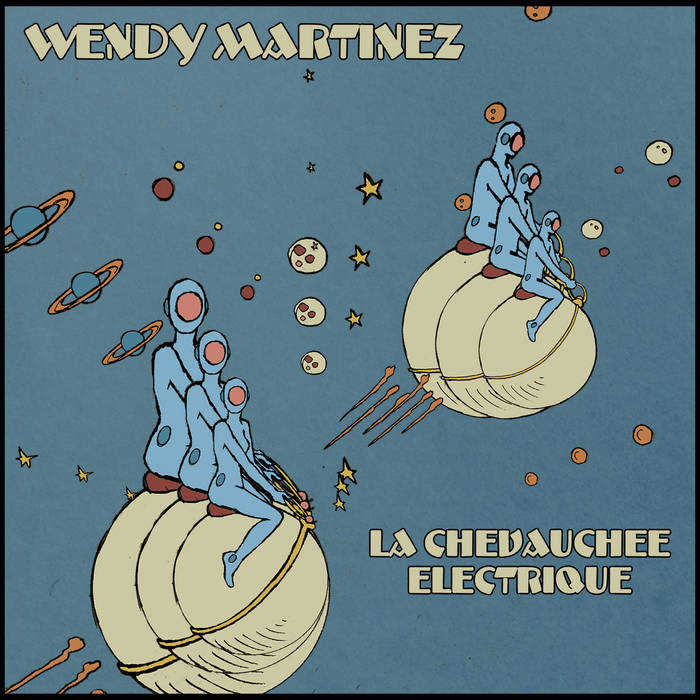