This February 1985 video of THE LA’S performing ‘My Girl Is Like A Reindeer’ has been sat in a drawer at, founding member, Mike Badgers’ home for 35 years. Luckily for us he “Though it was time to see what was on it.” and Shindig! Magazine are over the moon to share the contents right here. The unearthing of the film coincides with the release of 2 albums THE LA’S 1985-1986 Breakloose and THE LA’S 1986-1987 Callin’ All.

The La’s are one of the most enigmatic bands of the last few decades releasing only a handful of singles and one ‘official’ critically acclaimed album (which was disowned by the band itself!). Lee Mavers (singer/songwriter) has stated repeatedly, that the closest he came to capturing his perfect vision was with the original recordings. Eighties Vinyl Records and The Viper Label have joined forces to release two albums worth of this early THE LA’S material, Breakloose is compiled of songs taken from the very first recording sessions whilst Callin’ All is made up of demo’s for The La’s album.

The La’s started in late 1984 when Mike Badger returned too Liverpool after 18 months in London. He returned to form a band with local guitarist Lee Mavers. After getting a bunch of songs together they entered The Attic Studio in February 1985 to put them down when Mike also hired a camera. 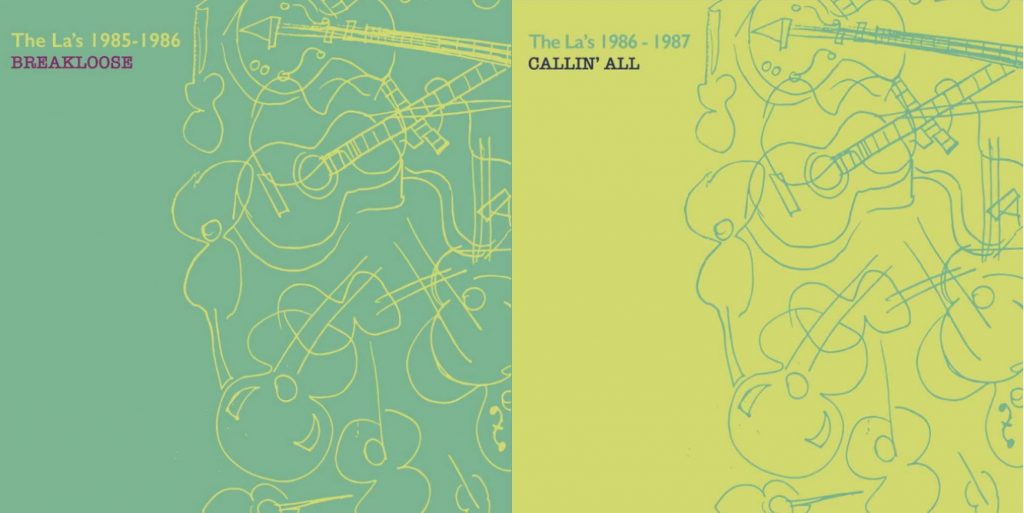 THE LA’S 1985-1986 Breakloose and THE LA’S 1986-1987 Callin’ All are both released on heavyweight vinyl October 1st through Eighties Vinyl Records and The Viper Label. Pre-Order HERE.