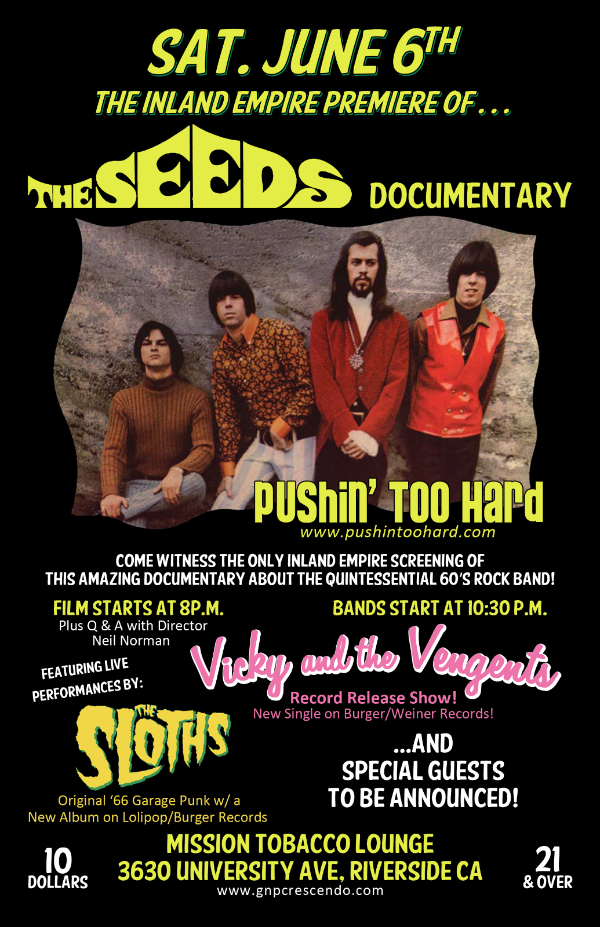 Vicky and the Vengents  will be performing at the official screening party for Pushin’ Too Hard, the amazing documentary about 60’s rock band The Seeds, at Mission Tobacco Lounge in Riverside, CA on June 6th.  Documentary trailer can be seen HERE.

A bit about the film:

A Seeds long form 110+ minute movie documentary THE SEEDS Pushin’ Too Hard,directed and produced by Neil Norman for GNP Crescendo that had a theatrical premiere on August 16th 2014 at The Egyptian Theater at the American Cinematheque in Hollywood, screened in Brooklyn, New York on December 6th, 2014 at The Bell House and on March 7th, 2015 it was shown in Carpenteria, California.

On May 9th, it will play in San Luis Obispo at the Fremont Theater, and tonight at The Mission Tobacco Lounge in Riverside the movie will screen followed by local area rock bands, including Vicky & The Vengents.

The movie is narrated by author Miss Pamela Des Barres.

“Of all the Nuggetarian bands that came to psychedelic light in the Gar Age, The Seeds brought rock back to its most hypnotic elementals,” proclaimed writer, musician, Patti Smith group member, and Nuggets box compiler/producer, Lenny Kaye in March 2015. “This docu-drama provides a heartfelt insight into the band’s inner universe, their time and place, a behind-the-scenarios look at a group whose impact would resonate throughout the coming of punk and beyond.  We are truly up in their room, and it feels so good….” 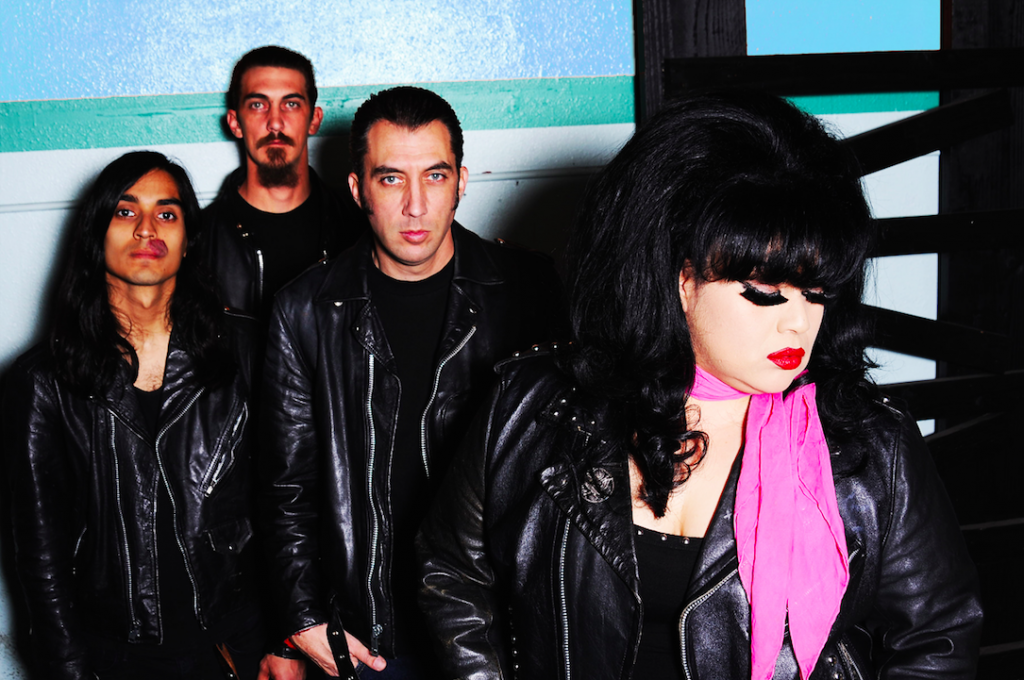 A bit about Vicky and the Vengents:

Born in the Summer of 2008, Vicky and the Vengents are a self-proclaimed “Maltshop Punk” group hailing from sunny Southern California.

With two full-lengths and a single under their belt, their latest bundle of tunes can be found under the Burger/Wiener Records banner!

On their newest single, entitled You Used To Be My Baby, Vicky and the gang flex their genre-bending ways on three new tunes resulting in some “Punk Wop” nuggets that really show off the groups’ love for the Ramones, Doo Wop, and those wonderful 60’s girl groups.

‘You Used To Be My Baby’ was released on Wiener/Burger Records on May 27th.