‘Take Me Back To Planet Earth’ is the new video, single and title track from the upcoming EP by MUCK AND THE MIRES on Rumbar Records which is exclusively premiered by Shindig! Magazine right here!

Like every other band MUCK AND THE MIRES (lauded as the “#1 US garage rock band” by Little Steven Van Zandt on MTV) the group’s 2020 world tour plans had to be put on hold and they quickly focused their energy on writing and recording a new record. The result, ‘Take Me Back To Planet Earth’ is a six-song EP who’s tracks all celebrate the pre-Covid planet, still reverberates with guitars straight out of 1964 and that vintage garage rock growl. The title track is a joyous ode to those carefree days before lockdown, before we were all hurled into this dystopian nightmare where, as in space, no-one can hear you scream……… 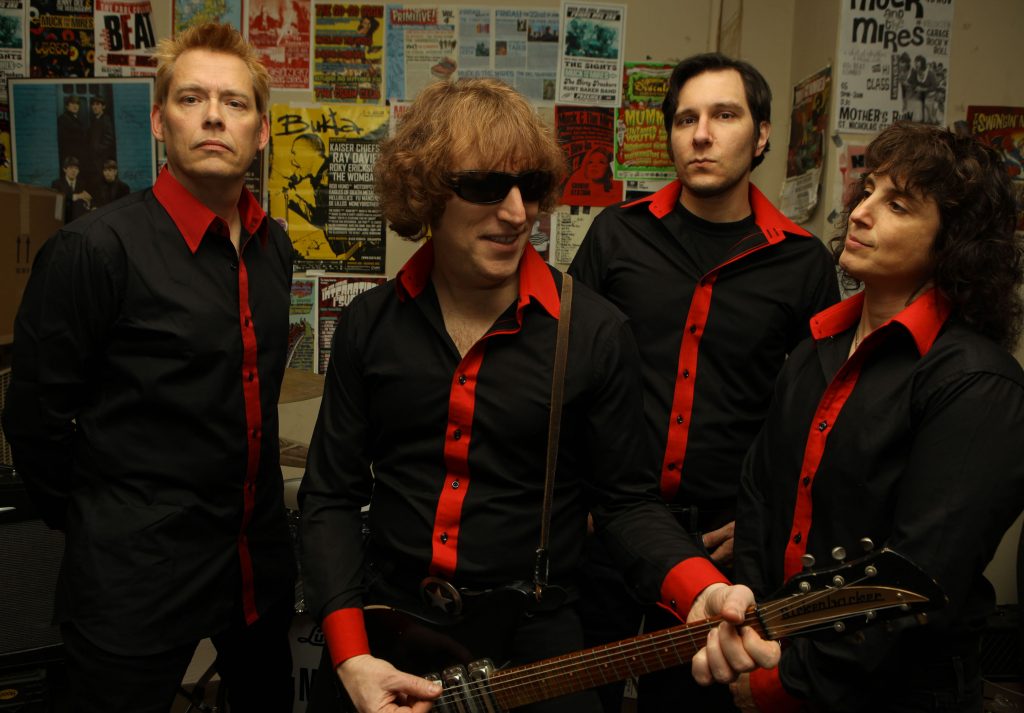 The 6 songs that make up the Take Me Back To Planet Earth EP were all written and recorded while the band have been off the road self-isolating. MUCK AND THE MIRES anxiously await their next visit to your hometown, but in the meantime, they cordially invite you to join them on a video rocket trip through their hometown of Boston, MA and into the far reaches of the galaxy.

MUCK AND THE MIRES, who  had previously courted ex-Beatles Manger Allan Williams in Liverpool and recorded with rock legend Kim Fowley (The Runaways/Kiss)  in Hollywood,  have once again teamed up with acclaimed White Stripes producer Jim Diamond  for this fresh new release.