Straight out of Delhi, PETER CAT RECORDING CO. are a fabulous quintet who have been mixing up psychedelia, indie and big band moves for a decade. JEREMY ALLEN catches up with the band to get the skinny on their beguiling sound for Shindig!

It wasn’t uncommon a few years ago for PETER CAT RECORDING CO. to get in the car and keep driving until they found themselves somewhere, anywhere, to play. On one memorable occasion the band left their homes in New Delhi and eventually located a trashy bolthole seven hours away in Rajasthan. The stage was raided by police, but rather than shut them down, one officer ordered them to “not stop playing this jajj music!” Jajj could well be a new genre that really only applies to PETER CAT RECORDING CO., a hallucinatory swing band at the world’s most psychedelic wedding – familiar and yet like nothing you’ve heard before. 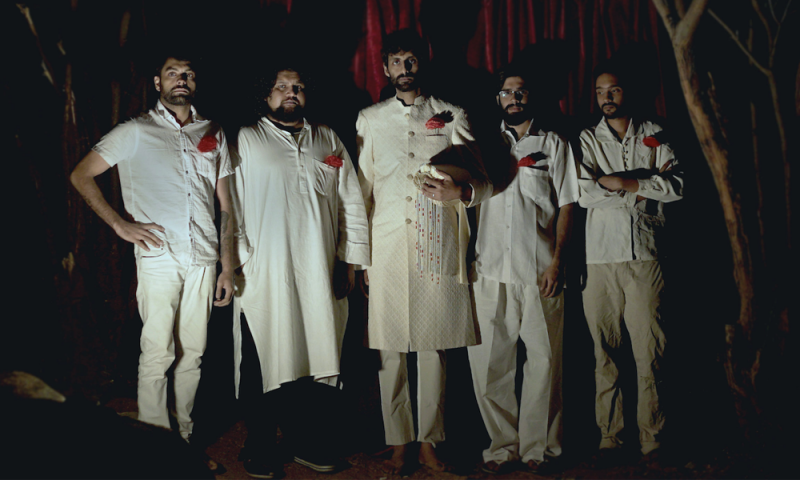 When band leader Suryakant Sawhney started out eight years ago he was making gypsy jazz while spending his evenings listening to Strauss. As time went on he recruited further members – ten in all (although about half of those have since left). New recruits brought their own ideas, and PETER CAT RECORDING CO. became a broad sonic church. Bollywood is the main influence, but to some listeners its more like spectral showtunes crooned from a parallel dimension.

“That’s the beauty of being a band,” says Sawhney. “There are just so many more passages you can go down. This constant evolution is definitely something we really want.” The uncanny effect is augmented by a strong visual aesthetic, especially where videos are concerned. The French independent label Panache signed the group on the strength of their brilliant eight minute promo for ‘Love Demons’, inadvertently discovered during an algorithmic forage. Peter Cat have toured all around Europe since they were signed, and were recently invited to play Nile Rodgers’ Meltdown, meaning their driving days look to be behind them. 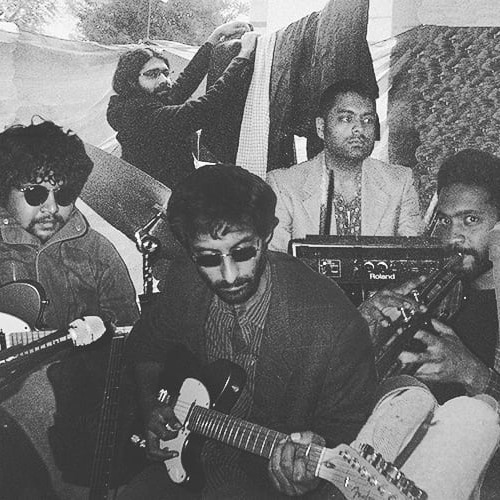 Another recent video for ‘Where The Money Flows’ features a cameo from the Indian Prime Minister Narendra Modi and Suryakant singing to camera in a slightly creepy monkey mask: “None of us likes to show our face in our videos. It wasn’t conscious, it just seemed the natural way to go. When you put on a mask you’re also removing cultural and national identity, which for a video like that is nice. You put on a monkey face and you’re no longer English or Indian, you’re just a monkey.”

So does a hallucinatory wedding band sound like a fair description?

And is the music inspired by psychedelics, perchance?

“I don’t know about that, I don’t think we use them that much!” retorts Suryakant, shaking his head. “Psychedelic music is a form of romanticism and making something surreal doesn’t necessarily require drugs.” 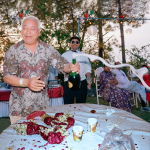