The new album from JIM NOIR entitled AM Jazz will be released through Dook Recordings on November 29th 2019. ‘Good Mood’ is the first release from this eagerly anticipated album. BEN ADLAM tunes in. 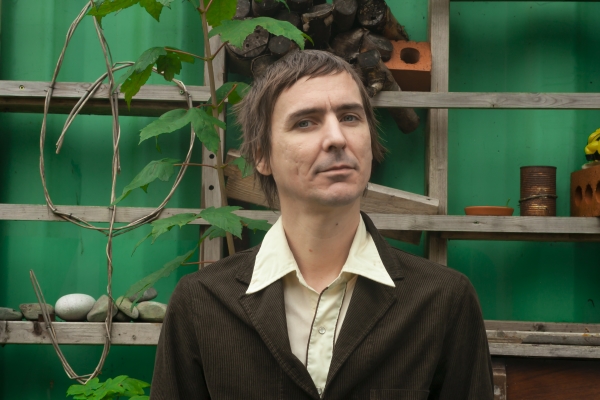 Tossing his bowler onto the hat stand and sliding on his slippers, AM Jazz sees ‘Jim’ putting his feet up whilst Alan Roberts takes the lead. A creative masterpiece for the record player and the mantelpiece, it’s a multi-layered album that features close friends including those dearly departed, and is his truest record to date, by a songwriter painting his own hypnotic Portrait of the Artist as a Young Man.
“I haven’t ‘felt’ like Jim Noir for a long time. I’m not sure I ever did; it was a construct of other people’s imaginations,” reveals Al. “AM Jazz is definitely the kind of music I make generally. It harks back to when I started making music years ago and didn’t worry about capturing a particular style. It will be nice to show people more of that. It’s the best album I’ve written; real hypnotic minimalism, the good stuff!”

15 years since he recorded the first ever ‘Jim Noir’ EP, AM Jazz is the record all Noirheads won’t be surprised Al had inside him. Letting the Beatlesesque stylings of his most recent album Finnish Line be (5 years ago no less), AM Jazz suits the Noir repertoire of his catalogue so far and is another homegrown offering which sees the Daveyhulme composer tinkering in his suburban Manchester studio once more, with the magic of his computer work sorcery, analogue and tape recordings. “For this I went back to the slightly more haphazard way I wrote my first album, Tower Of Love, wherein I’d use things in front of me, or a bit wrong like headphones for a microphone, to make the most Hi-Fi Lo-fi album ever.”
Whilst a brief disappearance of Jim’s online persona may have provoked bleak theories as to his whereabouts, Al had little time for digital distraction. Whilst writing and creating with friends, he has worked on electronic pet project, FAX with former Alfie guitarist, Ian Smith, and the vintage analogue house meets electro sound of his own solo EP Granada Personnel Recovery, as well as producing local band, Shaking Chainsor, and helping long-time musical colleague, Aidan Smith with his long-awaited ‘The Planets’ project; “I’ve been writing in dribs and drabs when I feel like it,” Al says. “I used to write all day everyday but it’s a lot harder now I’m (feeling) over 100 years old.” Never not sonically exploring or being inspired by the sounds around him, there was even a red-carpet moment when he appeared as a film premier guest after a couple of his songs were selected for the OST of director Jason Wingard’s film Eaten By Lions. 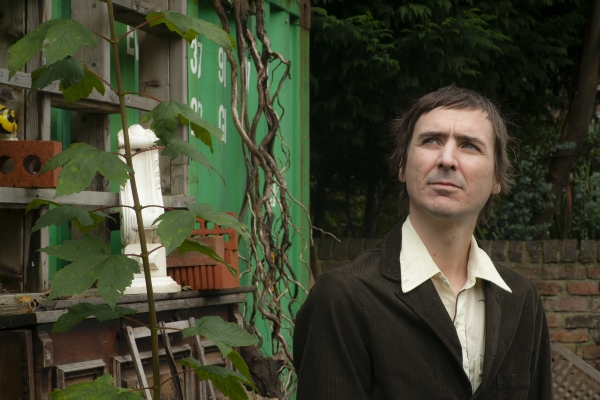 Performing all AM Jazz’s instrumental parts himself but also, at the right moment, bringing in present and past pals along the way, sexy lounge song, ‘Hexagons’ features ‘Phil Anderson’ and Mark Williamson singing and playing “legendary OTT guitar solo” respectively. Meanwhile the orchestration of ‘Peppergone’ waltzes like a beautifully romantic ode to Beethoven’s Moonlight Sonata – a tribute to dearly departed best friend ‘Batfinks’ who originally wrote the chords in his song ‘Peppercorn.’ “I hope he doesn’t think it’s shit,” Al jests. Listen closely and you may even find a few unsuspecting celebrity guest appearances as, perhaps, it could be the very first album to feature soundbites of podcasts sneaking onto the recordings. “I will have a podcast on if I’m recording; Adam Buxton, Athletico Mince, Frank Skinner or Richard Herring… I’m sure some mics will have picked them up, like in the old Tower of Love days,” he says referring to his breakout debut.
Culled from around 50 tunes AM Jazz moves like the time of the day, from dawn to night, stirring from the pop of ‘Good Mood’ and ‘Upside Down’s Beta Band groove. “As the album was playing, I imagined this smoky backstreet with all those neon signs outside clubs at about 4am,” Al says. Mellow ‘TOL Circle’ is like Percy Faith’s Theme From A Summer Place synthesized, capturing the style of TV library music or movie soundtrack obscurity that has always stirred Al’s curiosity, and the album plunges into a vast chasm of instrumental exploration with ‘Mystermoods,’ visiting Japan’s funky synth whiz duo Testpattern and Hakabashi Sakamoto. Darkening and deepening in intensity, ‘Eggshell’ is like an undiscovered gem from Angelo Badalamenti’s cutting room floor, the Panda Bear shimmer of ‘Lander’ is where blissful positivity and sadness meet, about another of his friends who left the world too young. “By the album’s close, its nearly time to let go and enter the ether,” he says of the album’s story. “Like one would do when they take their final sigh on this earth.”
A record to be enjoyed to its very last second AM Jazz is set to place this songwriter where he just might, finally, receive the recognition he deserves; from unsung hero to a truly worthy candidate for being called up to join the City of Manchester’s ranks of great musical icons. Whether you prefer to know him as Mr. Roberts or simply call him Al, it’s time to become acquainted with the real Jim Noir.