We’re very happy to debut the long in the works 45 from THE LOVE BAND FEATURING JOHNNY ECHOLS. To coincide with the farewell UK tour the band have released a very limited 7” single featuring two songs from the aborted 2005 LOVE album. This release also marks Johnny Echols first recording since Love’s 1968 ‘Your Mind & We Belong Together’ / ‘Laughing Stock’ single which were the last recordings by the “classic” LOVE line up that produced the landmark album Forever Changes 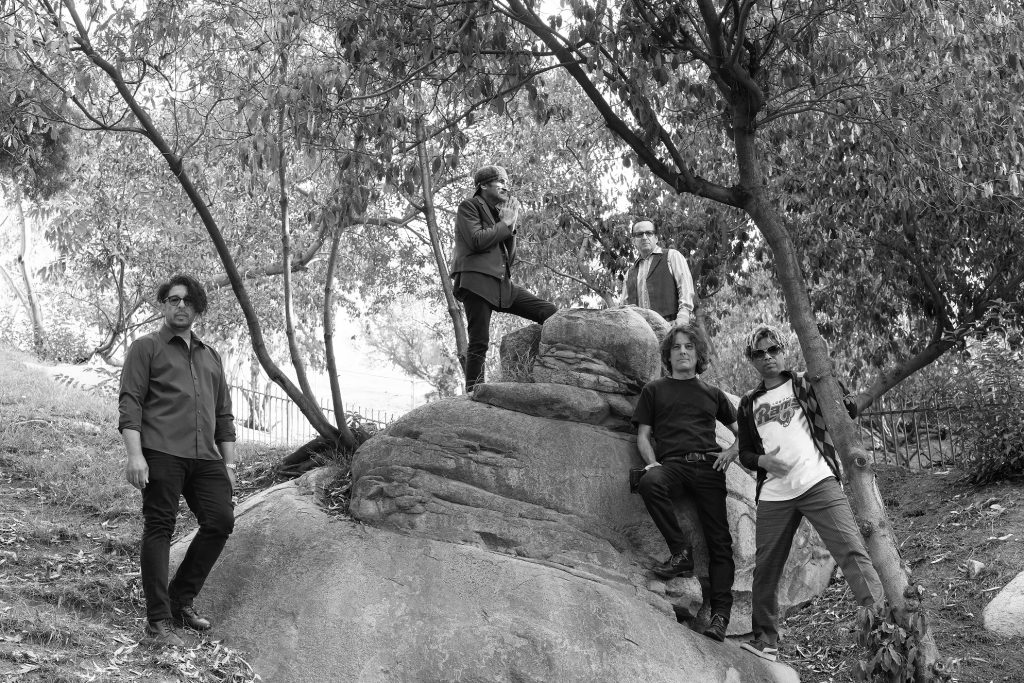 Back in 2004 Rusty and I started working with Arthur on about four of his song ideas. He had song fragments; a few things had melodies and words but no music and arrangements. Rusty and I also wrote four or five songs, just melodies and music on my 8-track, and sent them to Arthur. We didn’t hear anything for about a week but then the phone rang. It was Arthur. “Hey man, I heard ya stuff.  Yeah man, it’s cool.  I think we can get something going. The people want new tunes. They’re waitin’ for me, to lead them” I took that as a thumbs-up.

We did a fantastic US tour later that year with The Zombies; Arthur and Johnny were amazing.  2005 saw two LA shows that were the polar opposite.  Arthur handed our demos over to a close friend as he wasn’t up for finishing the songs and didn’t want to contribute to them. What we didn’t know was that he was sick. I don’t even think HE knew. But it was getting harder for him to do stuff and no one knew what to put it down to.

Later in 2005 we played a LOVE band show at The Zodiac in Oxford, England, the day before the London King’s Cross bombing. This was the tour that Arthur was too ill to make. I sat at the bar with Rusty and (legendary record producer) John Leckie as he ran down his ideas of what a great Arthur Lee record would sound like. But we lost Arthur in 2006 and the demo’s and song ideas were forgotten about.

That was 14 years ago. After chatting with our manager and agent in the UK, we decided to pull two of the songs out and give them another look and after arrangement ideas and contributions from David Green, Dave Chapple and Johnny Echols, we had two finished songs. Johnny had me sing certain words a certain way: “This is how WE would sing THAT word!” Priceless times, folks! We also brought in Brian Wilson band member and multi-instrumentalist Probyn Gregory (who had served as an occasional  touring member of LOVE since 1995) to play some trumpet on the recordings that were captured by Dave Chapple in his garage studio in LA.

“So, in a way, these tunes are a tribute to all of the friends and fans who were involved in the LOVE 2002-2005 comeback story, but especially to Arthur Lee and Gene Kraut, who are no longer with us but are absolutely and forever interwoven into the melodious fabric of these songs. We hope you like them.”