Do you smoke dear Shindigger? Have you tried vaping? This month’s cover star Paul Weller prefers fags… but many are now trying the safer new way. Let us know your thoughts

Since the birth of rock and roll, through the glory days of punk and into more modern music has always been central to Western counterculture.

Just as music has played a central role in counterculture over the years, so too has smoking. Long seen as something rebellious and edgy, smoking has always appealed to people who want to be seen as hip or unconventional. Whilst the appeal of counterculture isn’t going anywhere, the role that smoking plays in that counterculture is rapidly diminishing. The unstoppable rise of vaping has seen it take over from smoking, as the new cool and alternative thing to get into. 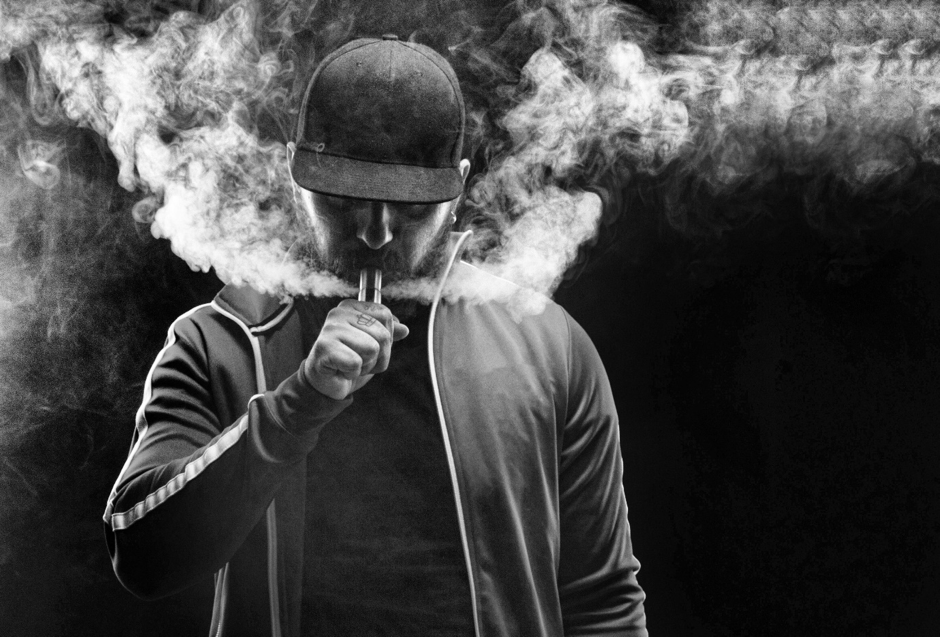 The big question is why? Smoking has been fashionable for decades, seen as a symbol of rough and ready charm, effortless style and rebellion, so why is it that vaping has taken over? The answer perhaps lies in a number of factors, which combine to make vaping a real force to be reckoned with.

One of the key drivers in the take up of vaping has to be the health benefits, when compared with smoking. In studies commissioned by the NHS, vaping was found to be 95% less harmful than smoking regular cigarettes, and the NHS has subsequently endorsed e-cigarettes as an effective tool to help people quit smoking altogether. Back in the day, it was all too easy to ignore the health warnings about smoking, but today, the science is everywhere, and it’s incontrovertible – smoking kills. A new generation has grown up, wanting some of that cool factor that used to be associated with smoking, but without compromising their health. Vaping meets that need perfectly, and it also sits well with a tech-savvy generation that has grown up with all sorts of electronic devices.

As vaping has surged in popularity, a network of vape shops and vaping communities has grown up to support the ever-increasing numbers of active vapers. These communities, both online and in the real world, offer a space for vapers to unwind, express themselves, share their interest in vaping, explore new e-liquids and talk about music. A whole new side to vaping has emerged too, with cloud chasing becoming increasingly popular, and professional vapers competing to perform the most impressive vape cloud tricks.

When it comes to music, vaping has the edge over smoking, as it has none of the negative PR or legislative restrictions that smoking has. As an example, in the Foo Fighters’ latest video, Dave Grohl, who directed the video, appears as an elderly nursing home resident who sparks a rebellion in the home, stealing a vape pen and producing a spectacular vape cloud.

Undoubtedly, endorsements from within the music industry and elsewhere have helped vaping to achieve its current level of support across all age groups and demographics. Watching the rise of vaping, as it works its way through mainstream culture and counterculture, is both fascinating and exciting.

7 thoughts on “Is vaping in music part of the new counterculture?”