Shindig! is happy to hear about a crowdfunding campaign for Brazilian author Bento Araujo’s new book, Lindo Sonho Delirante Volume 3: 100 fearless records from Brazil (1986-2000). The first two volumes looked at rare and lesser spotted records from Brazil circa 1968 through to 1985, both gaining five stars in Shindig!.

Picture the scene, Brazil, 1985. End of the military dictatorship, Rock in Rio put Brazil on the pop music map, Tancredo Neves was elected president, Ayrton Senna won his first F1 Grand Prix and Bizz magazine was launched. While Brazilian rock gained a projection never imagined, musical revolutions kept happening in the underground . This is where the third volume of Beautiful Delirious Dream begins .

From the second half of the 1980s onwards, after a period of political openness and cultural submission to the First World, Brazilian music began to be rediscovered and revalued by young people. A process of falling prejudices began. Musicians experimented again, blending outside influences with our roots. Anthropophagic revolutions were happening again. There was a resumption, a revaluation of the forgotten albums of Brazilian artists. Musicians, DJs, producers and record collectors from all over the planet started to research Brazilian music besides Bossa Nova.

The purpose of the book Beautiful Delirious Dream vol. 3: 100 Brave Records from Brazil (1986-2000) is to show that Brazil has produced transgressive musical works, many of which unfortunately remain neglected by the general public. The mining of the works contained in this third volume begins in 1986. We set off for a journey that ends in the year 2000.

From pioneers such as Chico Science, Jupiter Apple, Priscilla Ermel, Suba, Andrea Daltro, Lula Côrtes, Marlui Miranda and Tete Espindola to heroes and heroines not so celebrated as Dércio Marques, Carlinhos Hartlieb, Narcissa, Eugênio Leandro and Andrea Marquee. From Autumn Violet psychedelia, Mopho and The Darma Lovers, to Patife Band’s avant-garde music, Black Future, Jaguaribe Carne and The Black Women. Everyone is together in this third volume of Beautiful Delirious Dream . 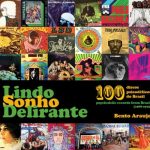 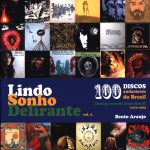 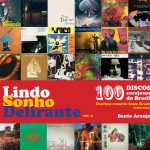 You can check out some of the music Bento will be including below, and you can pledge to his campaign, which runs until December 14th, HERE.