JIM JONES & THE RIGHTEOUS MIND’s message is “Get Down Get With It!”. Shindig! concur! 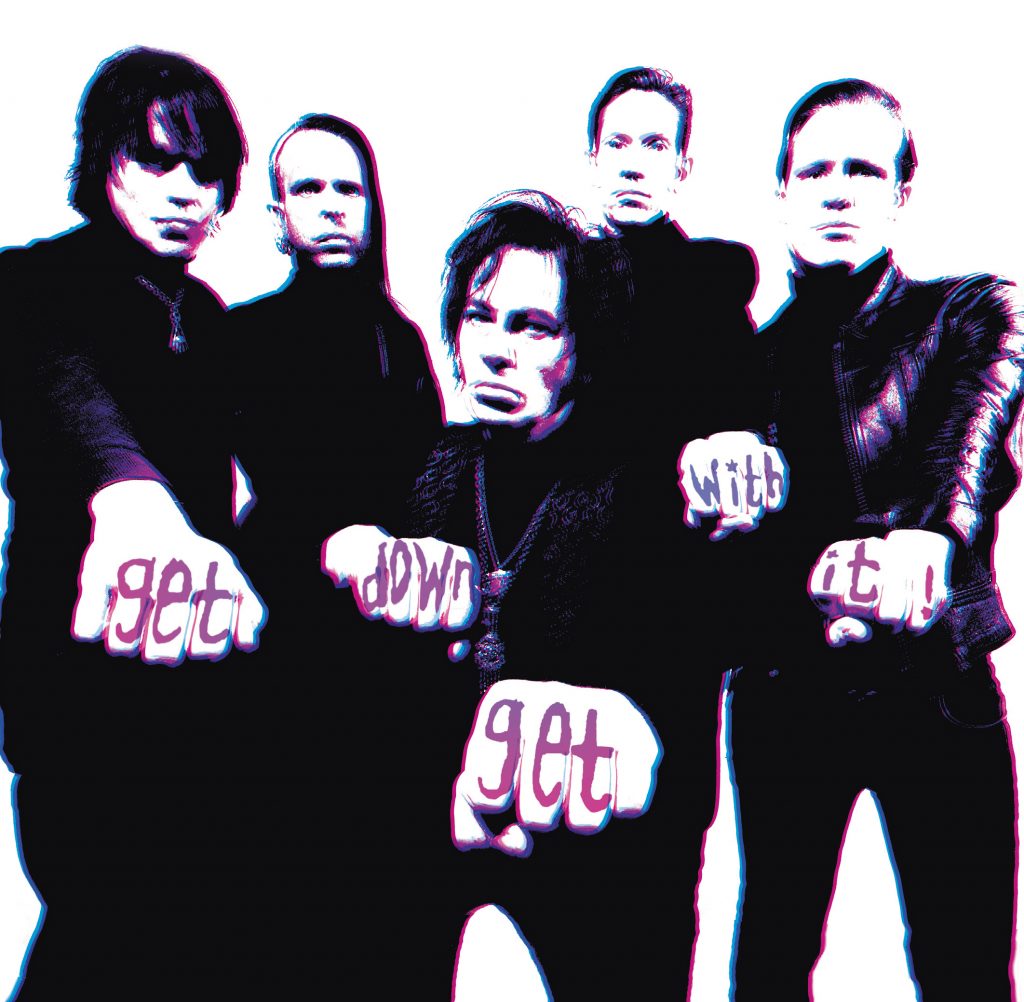 With the debris barely settled following the release of their critically acclaimed explosive second album, CollectiV, and near sold-out spring UK and European tour, testifying rockers Jim Jones & The Righteous Mindhave announced details of brand new, limited edition 7” coloured vinyl single, ‘Get Down Get With It’. It will be supported by 11 UK gigs in September and October.

Made famous by Little Richard and Slade, ‘Get Down Get With It’, will be limited to just 1000copies. Released by Ma§onic Records viaCargo on 20th September on pink vinyl and backed with a reading of Link Wray’s ‘Ace Of Spades’, half will be on sale at tour venues, and the remainder will be available in independent record stores.

Pushing the VU meters well into the red, ‘Get Down Get With It’is arguably the noisiest and rawest record that Jim Jones has recorded over an illustrious career that has seen him front the legendary bands Thee Hypnotics, Black Moses and The Jim Jones Revue. What is beyond debate is that it’s a glorious call to arms guaranteed to get your ass off your seat and your feet on the floor.

Speaking of the new single, Jim Jones says: “’Get Down Get With It’ became the rallying cry for the CollectiV tour, so it made sense to go back into the studio, turn everything up to 11 and totally rip it up.”

He continues: “Liars and charlatans have got the world tearing itself apart right now, when really, we should be coming together. Even if it’s just for a few minutes, this absolutely does that and lives up to its name.”

Jim Jones & the Righteous Mindwill also embark on a UK tour that calls in at Manchester, London, and Brighton among others. Billed as “An invitation to get down get with it”, the London date takes place on 21 September at The Garage in Highbury. Promising a Saturday night extravaganza with a full supporting cast of special guests and performers, the event is topped off with a 2.30am late night license for extended reveling.

“We had to turn people away when we last played London so we wanted to go to a bigger venue and put on a really special event for our hometown,” explains Jim Jones. “In addition to support from Ye Nuns, Chrome Mountain and Suzie Stapleton, we’ve got the Shindig! magazine crew warming things up on the decks, and then rock’n’roll DJs Helene de Joie and Las Titis to keep the party going into the early hours, as well as dancing from Rebel Skin and more.

“We’ve followed Jim closely since Thee Hypnotics,” says Jon ‘Mojo’ Mills, “so it’s great to do something together.”

“You can also expect some very special guests who we’ll reveal on the night,” adds Jones. “With tubes and buses running all night and all of Sunday to recover, it’s the perfect night out.”

Jim Jones & The Righteous Mind will tour the UK in the autumn. They play:

Jim Jones & The Righteous Mind are: