More Kicks formed at the end of 2017. Since then, they’ve appeared at gigs, club nights and festivals across London as well hopping over to Germany for their first tour overseas.

“It’s been interesting to me what people think we sound like,” says singer/guitarist Sulli (James Sullivan). “It’s always a bit worrying when people come up to you and say ‘You know who you remind me of?’ and then reel off some terrible bands. But we’ve had The Nerves, The Knack, Supergrass, Beatles, Buzzcocks, Undertones, Star Spangles. I think my favourite one was The Turtles played by The Boys – that’s a pretty weird and specific mix! 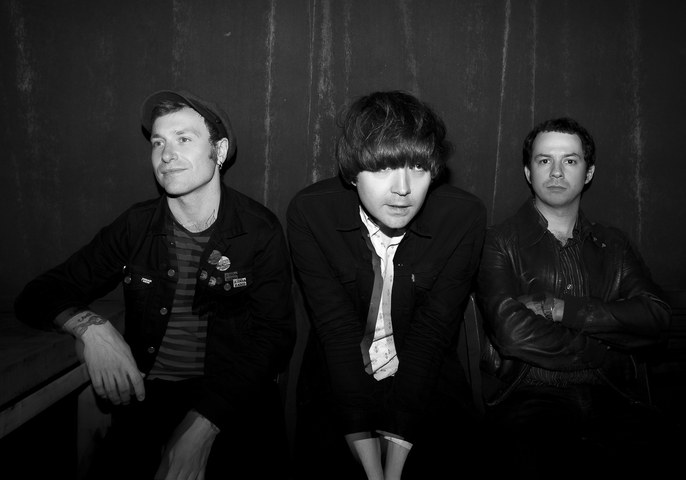 “Pop music seems to be the common factor. It’s definitely rooted in pure pop melodies and arrangements. Trying to force people to dance and not leaving an ounce of fat on there – I don’t think we’ve broken the three-minute barrier on a song yet.”

Next up for More Kicks is more London dates (including a Shindig! show) and more tours overseas. Plus, another single in the works.

“We’ve recorded the second single already. It’s basically ready to go,” says Sulli. “Being in a band is weird because the actual process of making and recording music can be so quick. And then all the admin around it just throws roadblocks at you constantly. I think we’ve done a good job of crashing through those roadblocks so far. It’s been less than a year. So we’ll keep doing that. Pop music is an unstoppable force and that’s what we’re dealing with here.”

‘It’s A Drag’ is out now on 7” and ltd edition 7” single on Snap Records from Madrid
You can order a copy directly from the band via their Facebook page or by emailing morekicksmorekicks@gmail.com
Or you can email Snap Records at snapville@gmail.com