THOMAS PATTERSON has just interviewed NICK WATERHOUSE for issue #63. Here’s what he had to say about his pals ALLAH-LAS 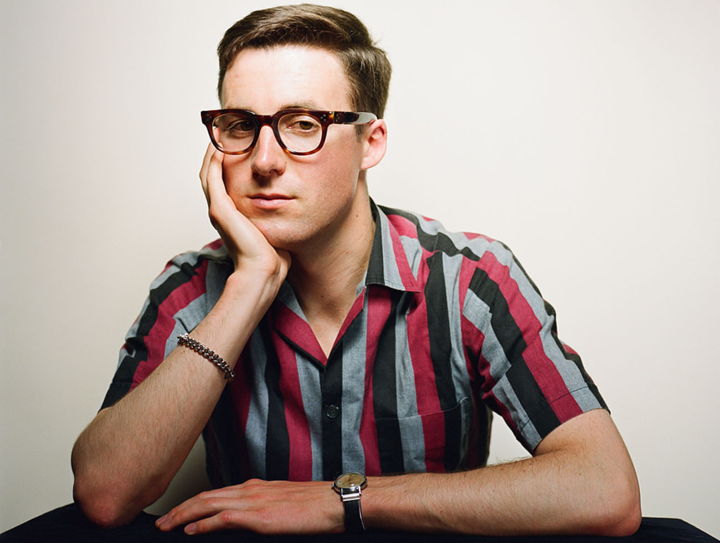 “I produced the Allah-Las’ first 45 whilst I was making my first 45 because Matt the drummer and I were very close. We met the first day of college at San Francisco State when we were 18. I saw him at orientation and I thought “There’s a black guy in an Iggy Pop shirt, we’re going to get along well!” (laughs) And of course we really hit it off. We had this shared sensibility. When Domenic Priore’s book All Summer Long came out, we were both 18 and that was the first published representation of the LA that we both knew that we were trying to explain to people that were friends of ours. It was just this deeply shared sensibility. The thing I love about Matt is that we’re both such different people and we have different broad tastes but we have a shared baseline and a spiritual connection. So once he started the Las with those guys, he was telling me about it and I was out of town. And I remember, he was like “You’ve got to come see this band we’re working on.” I had met Pedrum, and I was sitting in a booth in Footsie’s in Highland Park and they were playing in a tiny little corner to 40 people, and they played the electric version of ‘Early Morning Rain’ the way the Dead demos were and that was just the thing that made me realise that Matt knew how to play the proper way. That was a big thing. Just finding a drummer who could play the things on the records we liked. It was that thing when you’re a kid, you don’t how this magic happens. But you’re always playing with people and you’re like “I don’t know why but this doesn’t feel right.” But everyone in that band was playing right. We all knew we were on the same page, and I thought, “We’re fucking going to do this.”  It was a total moment of clarity, and I was talking to Matt about the recordings they were doing on some guy’s Pro-Tools setup and I was like “Guys, that’s total bullshit, let’s go cut this at the studio on tape.” It was a distillery where I grew up hanging around a lot in Costa Mesa and it was funny because the guys in the band who didn’t know me were like “Yeah, but this cool guy in LA wants to record us on Pro-Tools.” And I said “Look, just trust me, we’re going to do this and it’s going to be great.” And normally I don’t oversell things but I said, “We have to do this!” And we cut ‘Catamaran’ and ‘Long Journey’ and that was the 45 I put out on my own label Pres. And that relayed into making the whole album. And we made the album piecemeal over a couple of months whenever I’d come into town and I still have such strong memories. I played organ on two of those songs. And the sound of it was exactly the sound and feel that I saw from conception, knowing that there’s such a tiny window for me to find any artists that I would be empathetic to and I’d really get the sound, but that was one of those where it was a deeply spiritual thing. I’ll still put that record on and listen to it.”